Am I better off by having my car fixed by insurance or pay out of pocket if the police said no one was at fault?

I got into an accident with another vehicle in the state of Florida. The other party called the cops and a report was filed, but the officer didn't give any of us a ticket, just a driver information exchange. He said that he will let the judge decided who was at fault. I notified my insurance company about the accident as well. I went today to the police station to get a better idea about the court date, and the officer said since there is no ticket there is no court date. So I guess none of us is at fault which is a good thing. My deductible is $500 and I had another accident 2015 January which was my fault and was with another insurance company. Right now I am with progressive. Am I better off by fixing this damage out of pocket, or having my insurance company pay for it? 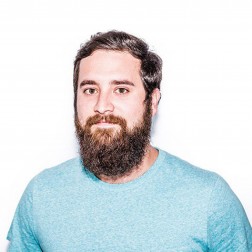 The fact that you've already notified your insurance provider about the incident means that your rate is likely going to be impacted if you're found to be at-fault regardless of whether you choose to pursue the claim or not. As soon as your company becomes aware that you were involved in an accident, that information is documented. As for fault, that is actually determined by your insurance company so you may still be considered not at fault depending on the details of the incident. Since you've already told them about the crash it would make the most sense to file a claim rather than pay out of pocket because you won't be able to avoid a change in rate by paying for the repair yourself.

Compare auto insurance rates and save up to $670 per year!