Why is Car Insurance so Expensive?

Let's look at some of the reasons your car insurance might be more expensive than average.

Many factors — both related to driving and otherwise — lead to expensive auto insurance premiums. Age, driving record, credit score, and insurance history each play into car insurance rates. We outline below reasons auto insurance could be expensive, along with some ways to save. 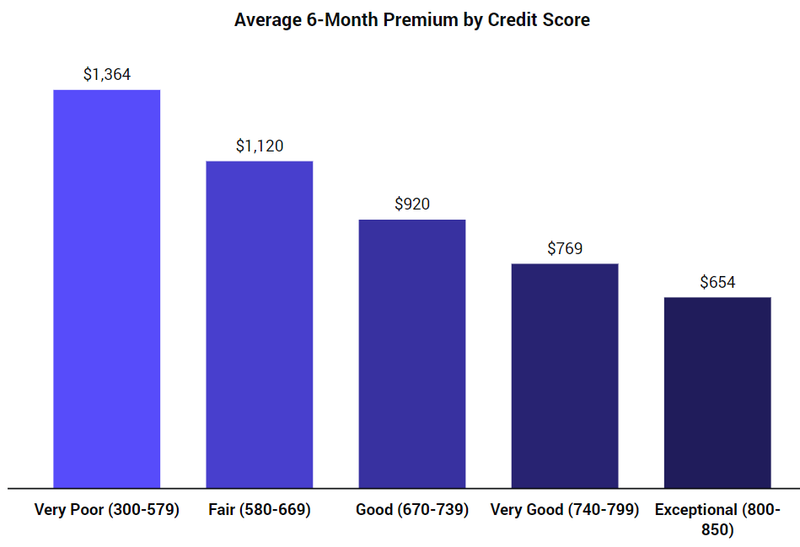 Each tier of credit score improvement comes with an average savings of 17% — or $177 per six-month term — on auto insurance premiums. If you have a clean driving record but think your rate is too high, check your credit score. 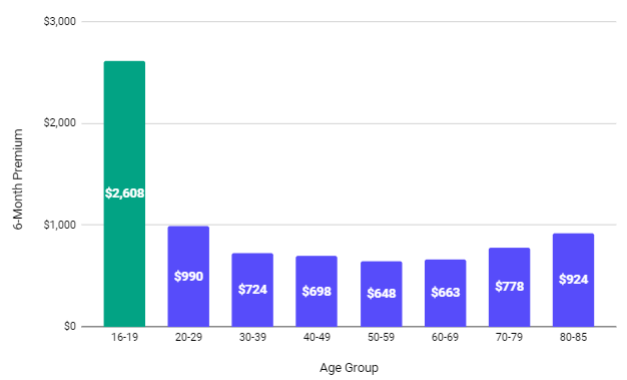 As a driver ages, their auto insurance premiums typically decrease. Drivers see big savings on their 19th, 20th, and 25th birthdays, specifically. Young drivers should be especially mindful of displaying good driving habits. A bad driving record coupled with an age of less than 25 will lead to high premiums.

A driver's auto insurance premium could be expensive because of recent claims or driving violations. Speeding tickets, at-fault accidents, and DUIs have major implications on insurance premiums. After any violation or claim, an insurer will upcharge a driver for 3 to 5 years. In California, drivers can be charged for up to 10 years after being convicted of DUI.

Below are the most expensive driving violations. For example, a driver convicted of a hit-and-run should expect their premium to increase by an average of $604 per six-month period. 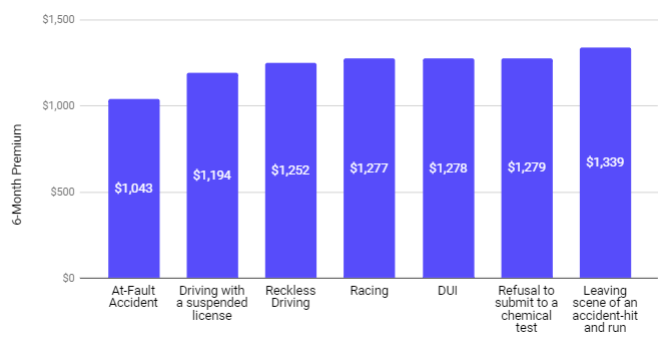 Comprehensive claims, generally considered to occur outside of the control of the driver, increase premiums by lesser amounts. On average, a comprehensive claim raises rates by $32 every six months.

A not-at-fault accident also leads to elevated rates. Even when a driver was not at fault in a collision, car insurance companies raise rates to cover the cost of the claims adjuster and overhead fees. Even without filing a claim, driving history could be a reason for expensive auto insurance rates.

Car insurance is regulated at the state level and priced at the ZIP code level. A driver could end up paying high car insurance rates because of claim frequency in their neighborhood or because of legislation in their state. Let's look at some of the most expensive states for car insurance.

Michigan is a notoriously expensive state in which to ensure a vehicle. Michigan residents pay 83% more than the national average for car insurance. There are three primary contributing factors to consider:

Michigan's average premiums are 141% more expensive than Illinois, Wisconsin, Indiana, and Ohio. Even with a great credit score and no claims, living in Michigan can cost you.

Florida is the fourth most expensive state in which to get car insurance. At $1,030 for a six-month premium, the Sunshine State's insurance costs are 43% higher than the rest of the US. The major reason for this is the insurance companies' loss-to-profit ratio in Florida. Hurricanes and flooding result in car insurance companies paying out heavy claim losses on a regular basis.

Another reason why Florida is more expensive than average is its no-fault insurance. Although it does not require as much coverage as Michigan’s no-fault coverage, the state requires drivers to carry Personal Injury Protection at a minimum of $10,000.

Cities with high population density — and thus more vehicles — are more likely to have more accidents and claims, which in turn impacts insurance premiums. Claim payouts via wildfires in California lower the profit-to-loss ratio for insurers.