How many burglaries there a year?

There are 2.5 million burglaries annually in the United States, according to the United States Department of Justice yearly data, with over half of these being home invasions. Further crime analysis reveals there are four primary types of burglaries: completed burglary, forcible entry, unlawful entry without force, and attempted forcible entry. While these numbers may seem frightening, across the United States, property crime rates have dropped. Furthermore, as security systems become increasingly more affordable and available, protecting your home from external invasions is now easier than ever.

The Zebra's research team analyzed national data and compiled the following report. Using federal databases such as the Bureau of Justice and Pew Research Center, as well as The Zebra's own proprietary data, the following is an examination into the increasing and decreasing trends of property crime and burglaries (including home invasions), providing holistic insight into a darker side of American life.

In September of 2020, The Zebra conducted a nationwide survey of 1,500 American homeowners and renters to gain deeper insight into common concerns and oversights regarding personal security and safety. The survey found that: 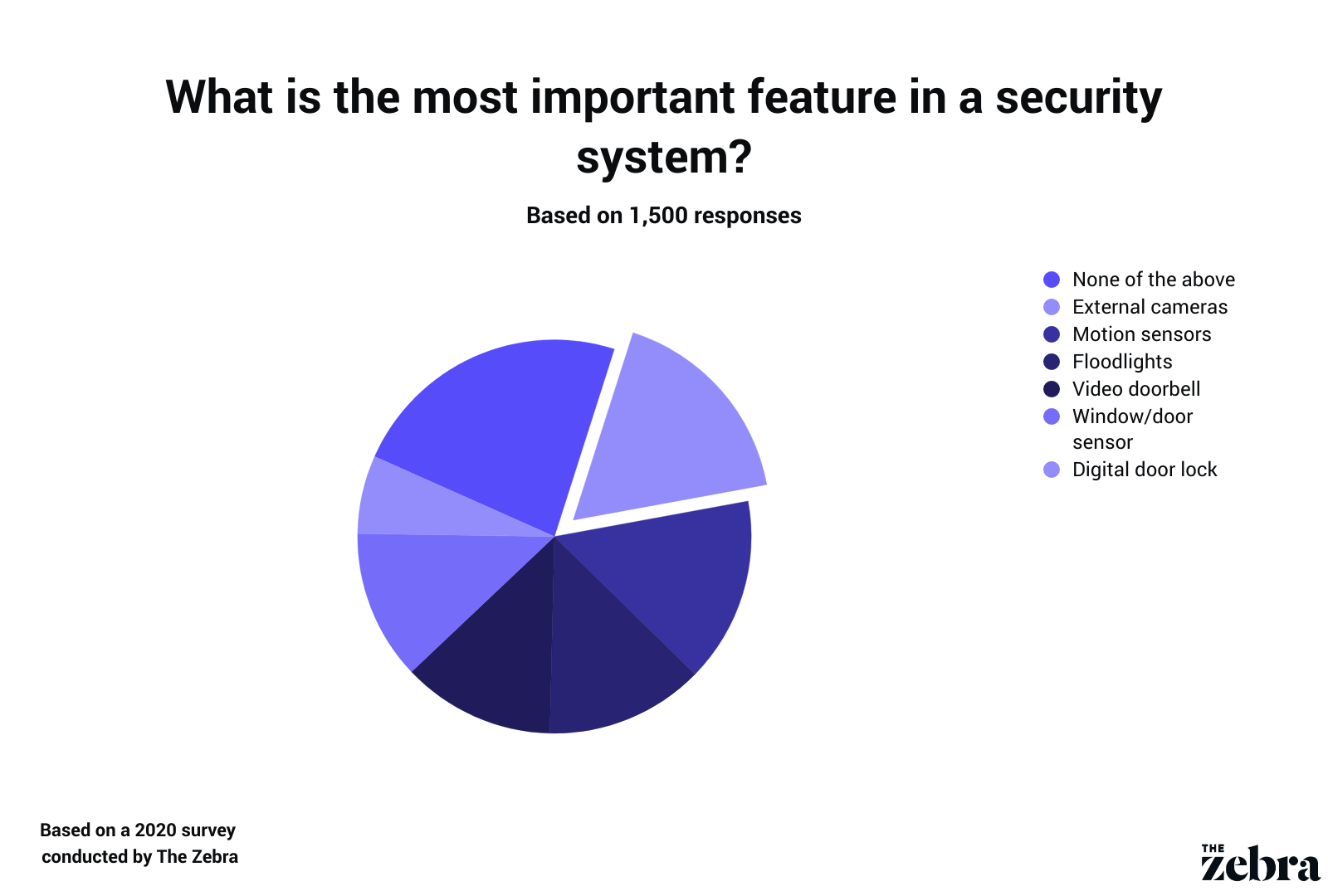 However, a large disparity between the behaviors of men and women became apparent when further analysis was conducted. According to the data, women are aware of the threat of home invasion, but do not allow fear to conduct their lives.

For further analysis, review the data sources for these statistics from the FBI, Bureau of Justice Statistics, and Statistica.

Statistics around when burglaries occur

According to Crimepreventiontips.com and the Jacksonville State University:

Analysis of FBI and the US Department of Justice data finds:

How a home burglary will affect your home insurance

On a standard home insurance policy, your dwelling coverage is insured for the replacement cost value but your personal property is insured for its actual cash value. Actual cash value factors depreciation into a claims payout. For example, an ACV payout on a TV will give the funds for what your stolen TV was worth when you bought it — not how much it takes to get a new TV now.

If you make a claim to recoup the cost of a stolen TV, then you will end up paying more for your insurance. Below is a look at how much a theft claim affects your insurance, in comparison to other common homeowner insurance claims. 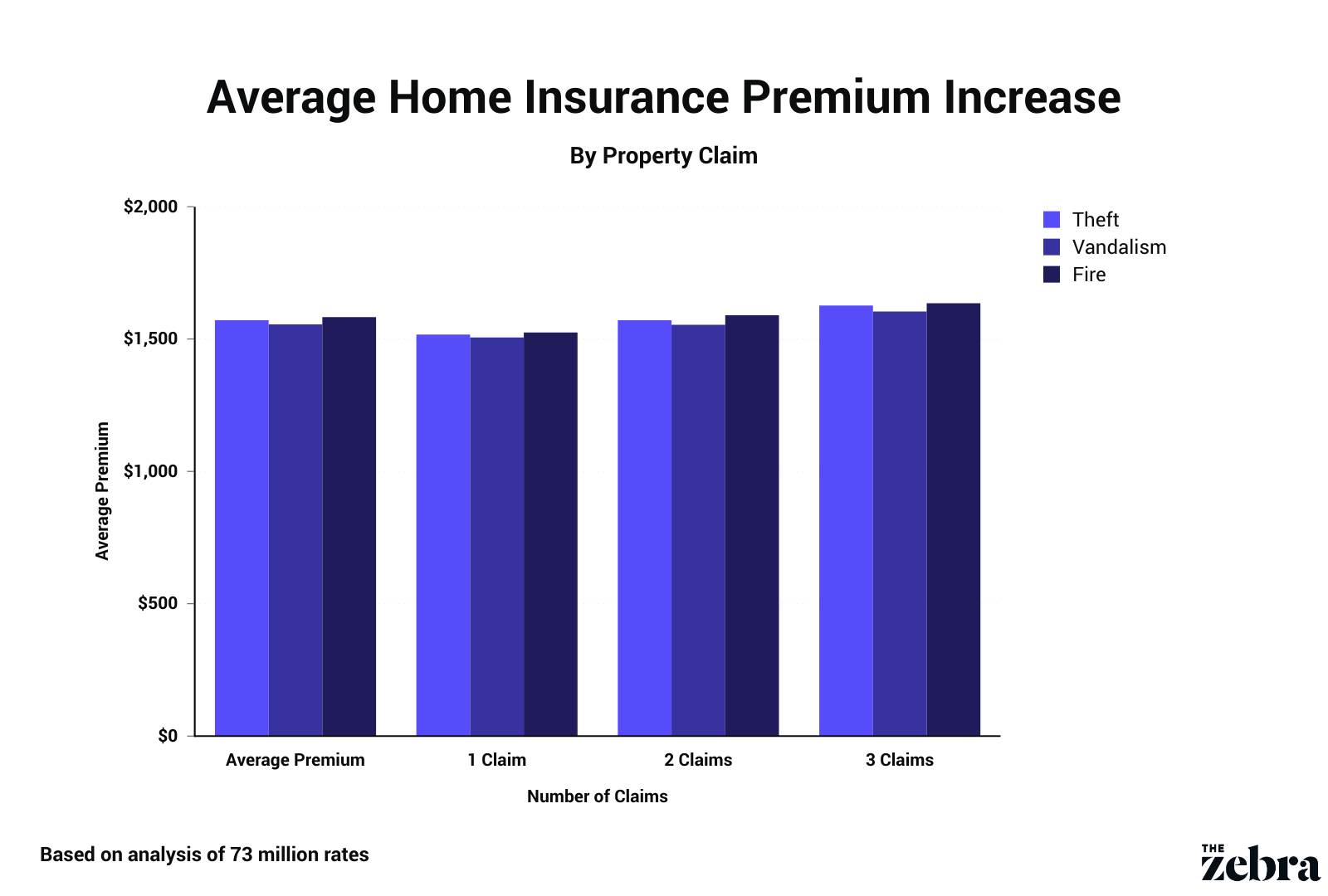 However, in several instances, theft might not be covered by homeowners insurance. Theft absolutely will not be covered if your home is vacant. Most insurance companies refrain from covering vacant homes because of heightened risk of theft from the property.

If you’re renting your home out and your tenant's property was stolen, your coverage would not apply. In this example, their renters insurance would provide coverage. For more information, check out our guide to home insurance and theft.

Question: How common is burglary in the United States?

Answer: A break-in occurs every 26 seconds in the US. This adds up to 2.5 million break-ins every year, with more than half of those burglaries occuring in homes. For comparison, there was only 64 shark attacks in 2019.  With these numbers, burglaries are very common and should be a major concern for homeowners.

Q: What are the chances of a burglary?

A: Unfortunately, the odds of being a victim of a home invasion or burglary are high. 2.5 million burglaries occur each year and the victims of burglaries (both private and public) lose an estimated $3.4 billion in personal property each year.

Q: What is the most common time for burglaries?

A: Surprisingly, most robberies occur during daylight hours — between 10AM and 3PM. This is due in part to the fact that most people are gone from their homes during these times.

Looking for better protection after a break-in? Compare rates from 200 home insurance companies.

Looking for better protection after a break-in? Compare rates from 200 home insurance companies.

This study was conducted for The Zebra using Google Consumer Surveys. The sample consisted of no less than 1,000 completed responses per question. Post-stratification weighting has been applied to ensure an accurate and reliable representation of the total population. This survey was conducted in late 2020.