Cougars and vipers and beetles, oh my! A menagerie of animal-named cars 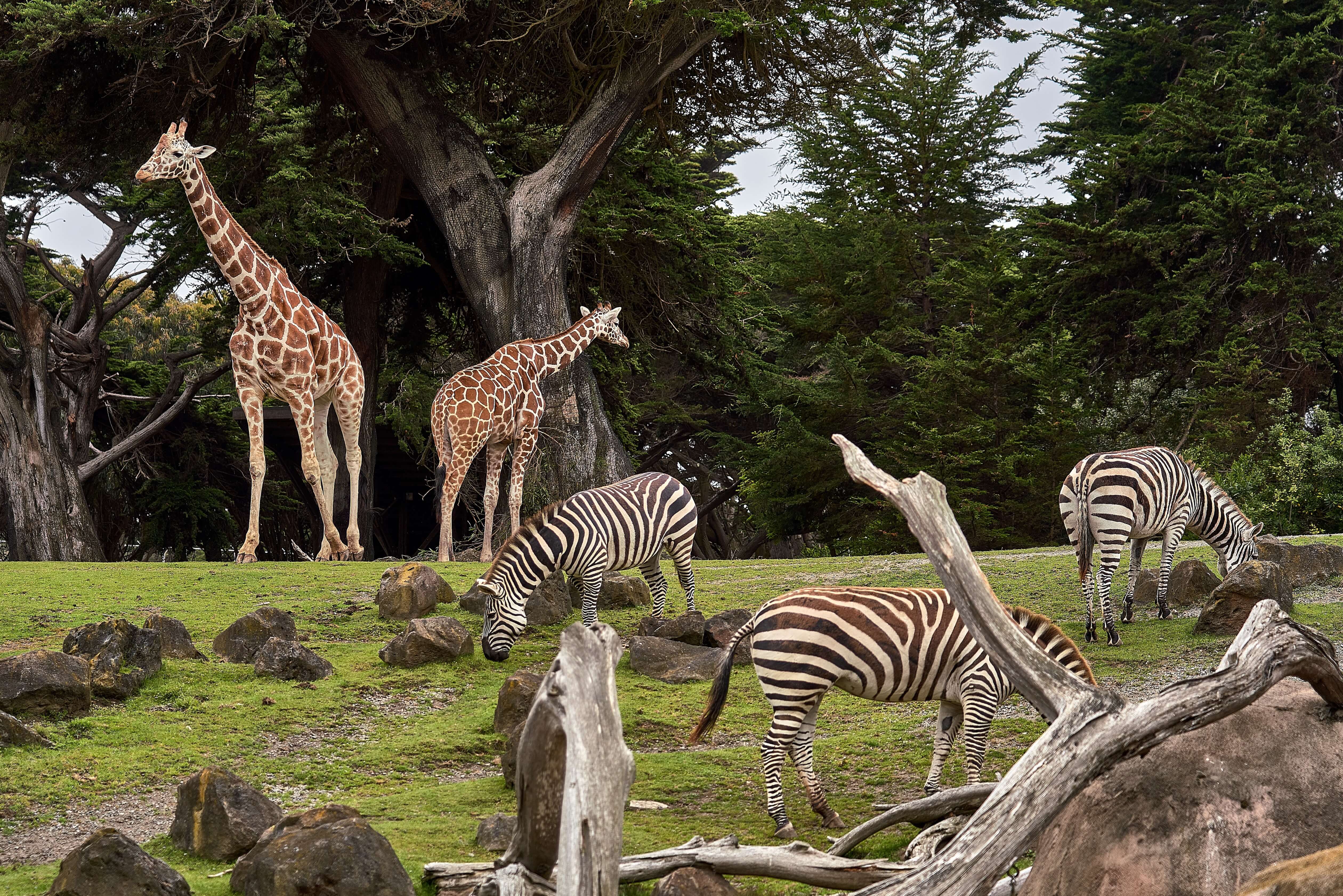 Whatever happened to cool car names? Why’s it all “Model Q” this and “K-Series” that? The 21st Century has taken all the fun out of assigning meaningless nouns to the hulking collections of steel and leather in which we spend huge portions of our days! Sure, now you can buy cars named after people, like a Pilot (pilot!) or a Highlander (Highlander!), but the real golden age of cars was all about animal power. Automotive history has seen a veritable zoo of mammalian, reptilian, and mythical car names. Join us, won’t you, on a casual stroll through The Zebra’s Automotive Zoo. Admission is free, and you’ll never have to explain to your kids why the animals are hugging like that. 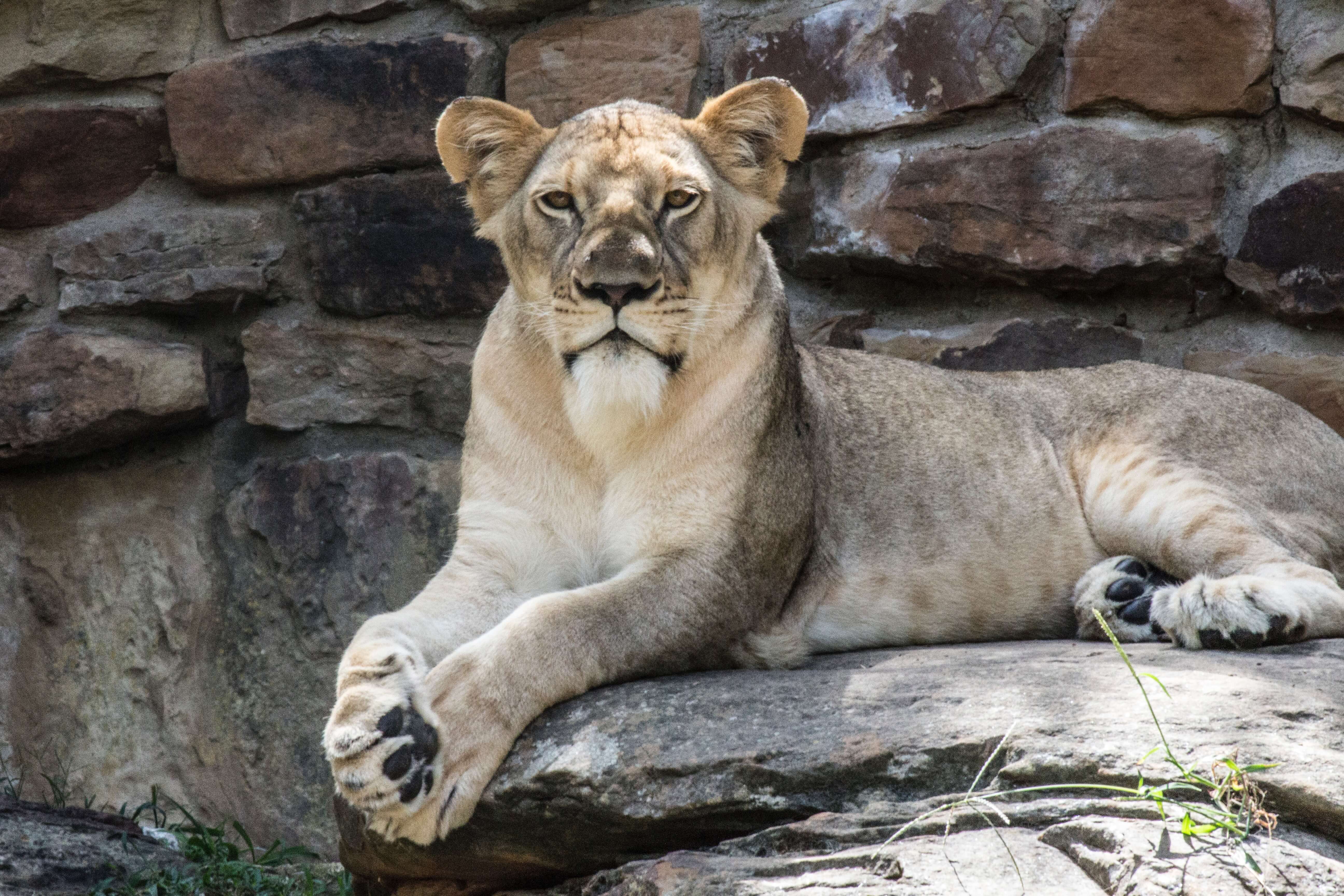 Cats are powerful, cats are lithe, cats purr, cats run fast, cats have great upper body strength? Hanging powers aside, these qualities have made feline names irresistible to car manufacturers (and their marketing departments) since nearly the dawn of automotive time. Good old Jaguar has been producing its sleek models since 1922, weathering trends that have come and gone faster than the Mercury Bobcat (1975-80, and it was just a Pinto with a different name! No beans in this zoo!). Two different Pumas have inhabited our zoo: Ford’s 1997-2002 Puma, which was basically a Fiesta, and a South African manufacturer, which started out in Brazil in the 1960s.

A few other short-lived cats live here in our zoo: the late Mercury Cougar, which went through so many iterations, it may have been better suited as a Chameleon, and the Buick Wildcat, which was from the More Is More school of 1960s automotive design. And yes, there was even a Tiger! A tiny, short-lived tiger.

As we leave the Cat House, please note that cheetahs are the fastest animal on land, and there has never been a commercially available vehicle named after a cheetah. Way to manage expectations, car manufacturers. 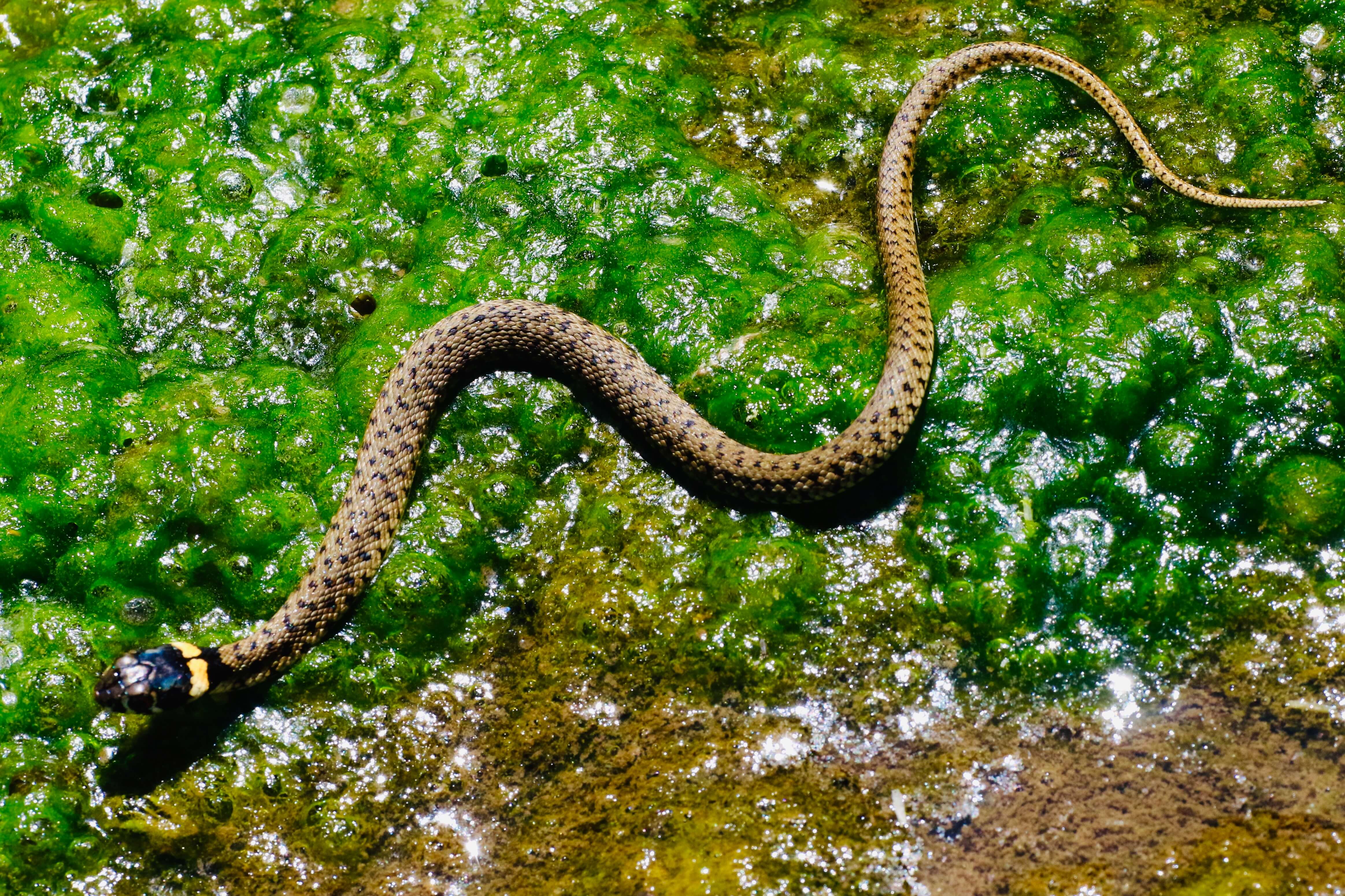 The reptile and insect house

You can still buy cars named after snakes, if that’s what gets your juices flowing. The Shelby Cobra is sold as Ford’s Mustang Shelby in the US, but peep that grill: unmistakably, it’s a Cobra. The first Cobras were manufactured in the 1960s to compete with Chevrolet’s Corvette, with “a massive motor in a tiny, lightweight car,” as its designer Carroll Shelby said. Actual cobras are pretty badass, what with the dramatic flaring hood, but they’re not the deadliest snakes. That honor goes to another notable vehicle namesake, the Dodge Viper. Vipers kill more people, possibly because they’re found on nearly every continent. The vehicular Viper came out in the 80s, presumably because having a car that Indiana Jones would be scared of was a thrilling proposition.

To the bugs! These range from the friendly Volkswagen Beetle, adorably reintroduced in 1997 because the 70s were cool again (but since re-retired, since the 90s are cooler than the 70s now) to the majestic and beautiful Monarch–and we definitely mean the famous North American butterfly, not the short-lived, exaggeratedly boxy Mercury sedan of the late 70s (the part that was not cool again, it seems).

But don’t let the deadly snakes have all the deadly fun! We’ve still got Fiat Spiders (and Porsche Spyders and Toyota Spyders and Mitsubishi Spyders–did you know it’s a generic word for a convertible?) and Hudson Hornets. These two bugs (and these two types of cars) have basically nothing to do with one another, but here in the Reptile and Insect House, they’re all just potential protein sources for preying Falcons. 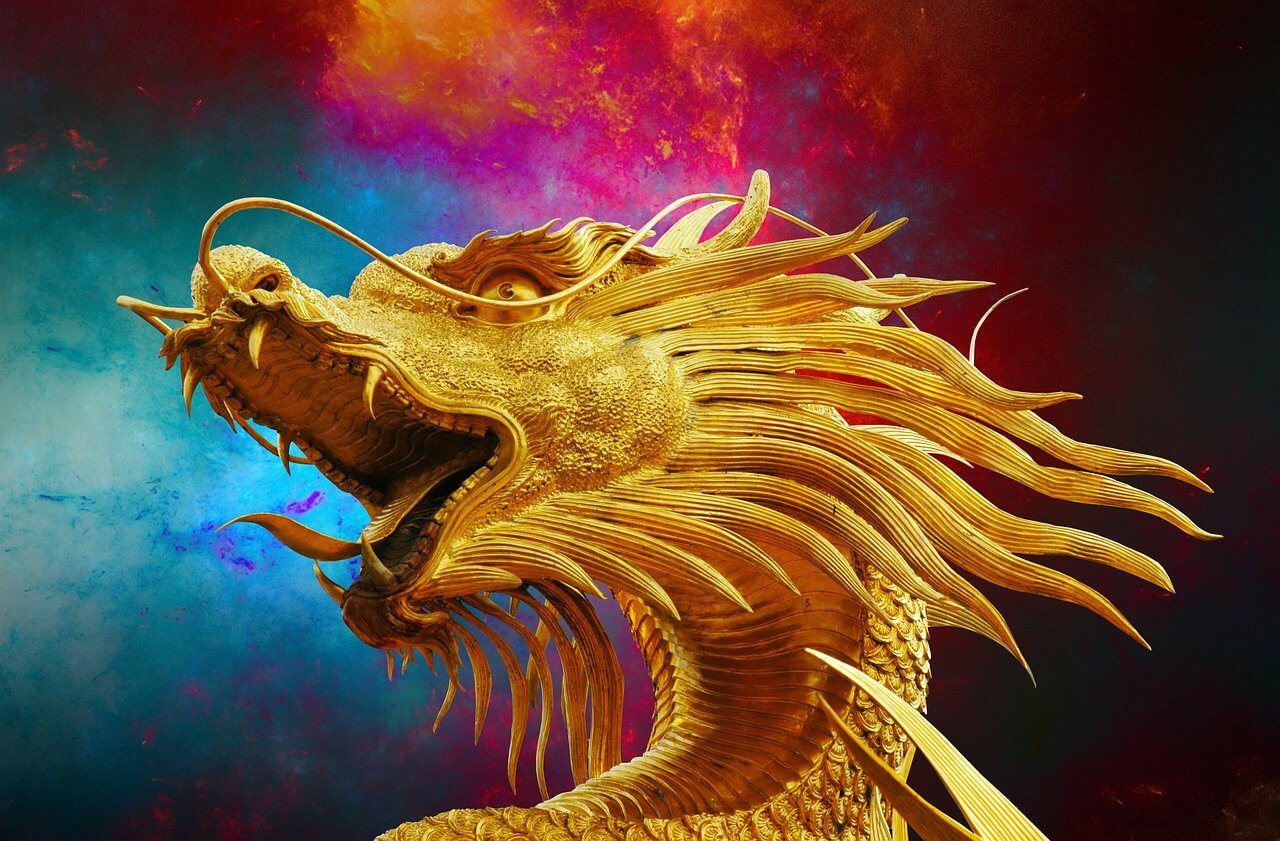 It’s a good thing this zoo doesn’t really exist, because this would be a strangely empty area. But why name a car after an actual animal, a mortal being with faults and shortcomings (and in some cases, a very short lifespan), when you can name it after a thing that never existed!

And if you get the chance to name a car after a mythical creature, maybe go with something lovable, graceful, or awe-inspiring. Maybe don’t go with Gremlin, which American Motors Corporation released 14 years before the movie of the almost-same name. AMC knew the car–and its name–would get mixed reviews, but they went for it anyway, for eight years of production.

One thing the Gremlin had going for it, from an accuracy standpoint, is that at least it kinda looked like its name: small, stumpy, earthbound. Two loftier creatures that don’t quite live up to their soaring names? The Ford Thunderbird and the Pontiac Firebird. A Native American legend’s name being used for the ultimate muscle car/musical theater boys’ club? It’s cringeworthy, at best. The Firebird was named after an elusive bird of Russian folklore. Considering that it was introduced in 1967, in the depths of the Cold War, this provenance seems both sloppy and surprising.

Finally, yes, there is an Elf in our pretend creatures department. It’s not quite a car, not quite a bike, but it sure is cute. 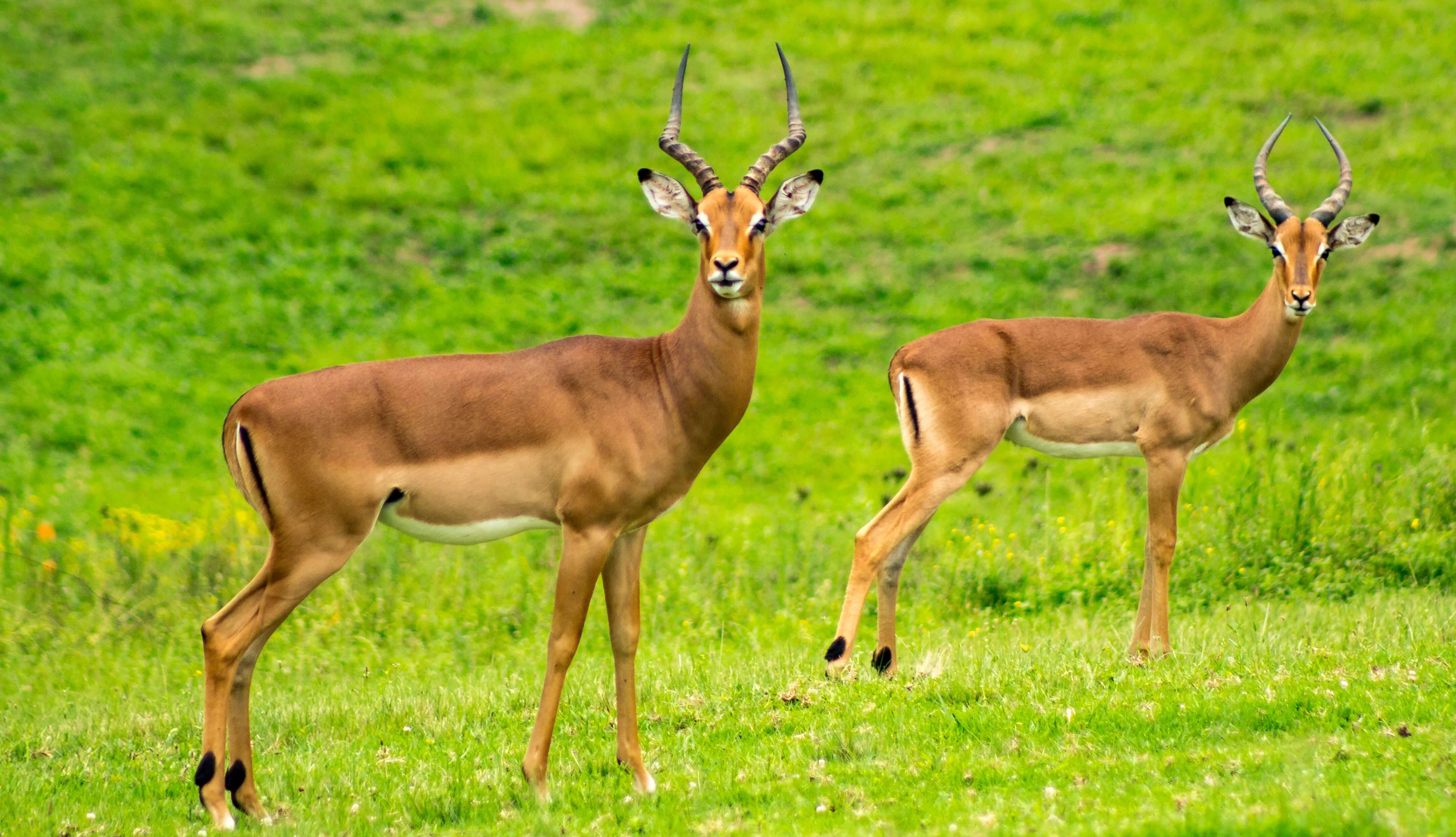 Some animals just can’t be tamed! They have too much speed, too much power, legs too long, they’re born to run! Or, you know, that’s what their manufacturers want you to think. So as we leave the zoo, please wave to the Chevy Impala, which doesn’t really have much in common with the impala (or this guy), and we are basing that statement exclusively on leaping ability. And of course, we have the Ford Mustang, which has been in production since 1964. It’s lasted longer than most horses, and we say most because of this.

We can only hope that car manufacturers continue to explore the animal kingdom when it comes time to create new model names. Would you rather drive a Tesla Model 3 or a Tesla Unicorn? A Mercedes C Class or a Mercedes Orangutan? And who’s going to produce the first Zebra? Visit us on Facebook or Twitter and tell us!