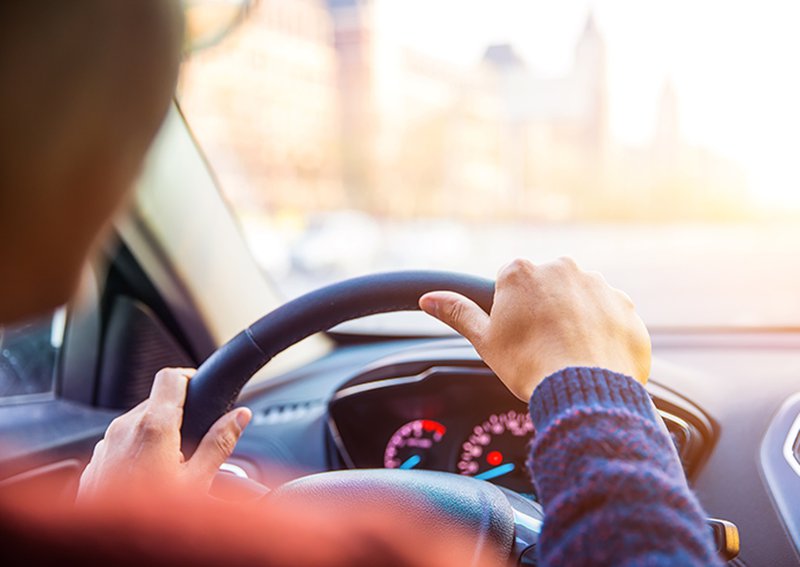 Cars and Americans go together like Thelma and Louise and their 1966 T-Bird or Steve McQueen and his 1968 Bullitt Mustang. Needless to say, cars are an integral part of American culture — but how well do Americans really understand the machines they rely on every day?

We also asked Americans how long they waited to take their car to a mechanic after a warning light came on. The results — listed below — show Americans are costing themselves thousands of dollars by neglecting or misunderstanding basic car warning lights. 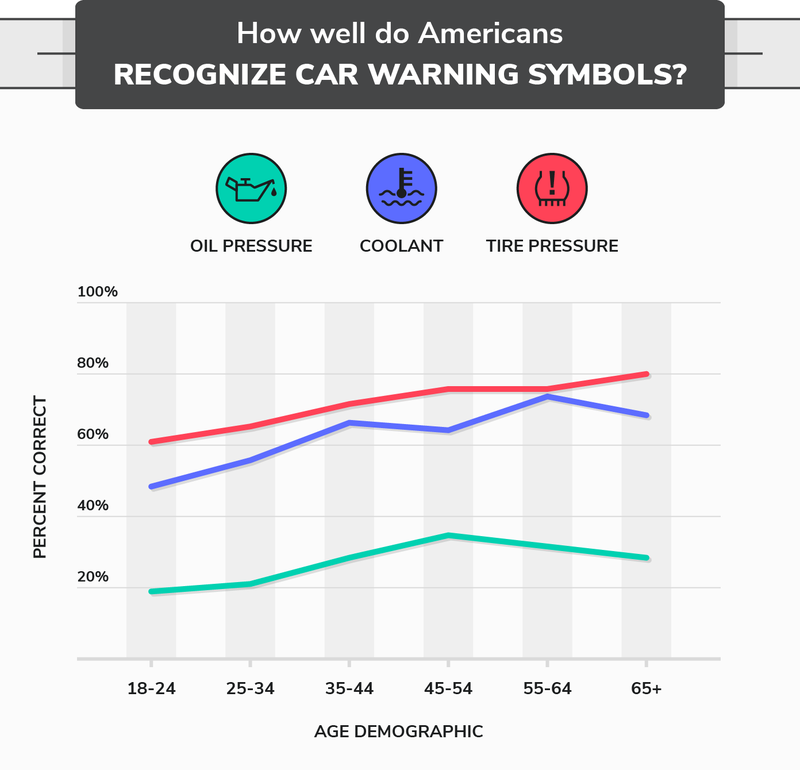 Americans' car knowledge is declining. Whether it’s because older generations aren’t teaching younger generations, or because cars are getting more complicated, this trend shows basic car maintenance could soon be left to the professionals, costing younger drivers thousands of dollars in simple repair costs. Americans' lack of interest in learning the ins and outs of their cars is reflected in a shortage of auto mechanics — a trend that has car manufacturers scrambling for qualified candidates.

Not only are Americans losing money to their lack of car know-how, they are also putting themselves and others at risk by neglecting these basic warning signs. Below is a breakdown of American drivers' ability to identify common automotive warning symbols.

Americans scored remarkably poor on this question. Most Americans believed the oil warning light meant their vehicle’s oil was low. In fact, the oil warning light signifies the vehicle’s oil pressure is low. There is a slight but important difference that can cost a significant amount of money if the underlying issue goes untreated. An oil warning light may come on even if the vehicle has a sufficient oil supply, so topping off the oil reservoir may not solve the issue. Underlying causes of low oil pressure include worn engine bearings, a malfunctioning oil pump, a malfunctioning oil pressure relief valve, aerated oil, and a clogged oil filter.

Most Americans answered this correctly, but more than a quarter of Americans failed to diagnose the issue behind this basic warning symbol. Older generations scored higher, while only about 60 percent of 18-to-24-year-olds knew what the tire pressure warning light meant. This light is critical, as driving on a tire with low pressure can lead to a blowout, a potentially catastrophic incident.

How Quickly Do Americans Address Their Car Warning Signals?

Most Americans claimed they would take their car into the shop to address the issue within one week. Many drivers aged 18-to-24 claimed they would fix the issue themselves. This might be surprising, seeing as drivers in this age bracket scored disproportionately worse on each survey than any other age demographic.

If car maintenance seems like a burden, you are not alone. Americans today depend less on their own knowledge of cars to keep their rides road ready. Learning how to perform simple maintenance checks and familiarizing yourself with your vehicle’s owner’s manual can extend the life of your vehicle and keep you safe on the road.

Given the state of American car knowledge today, finding effective car insurance is more important than ever. Check out our comprehensive car insurance guide to find the best policies in your area.