When Will Life-Saving Autonomous Features Be Available to All Drivers? 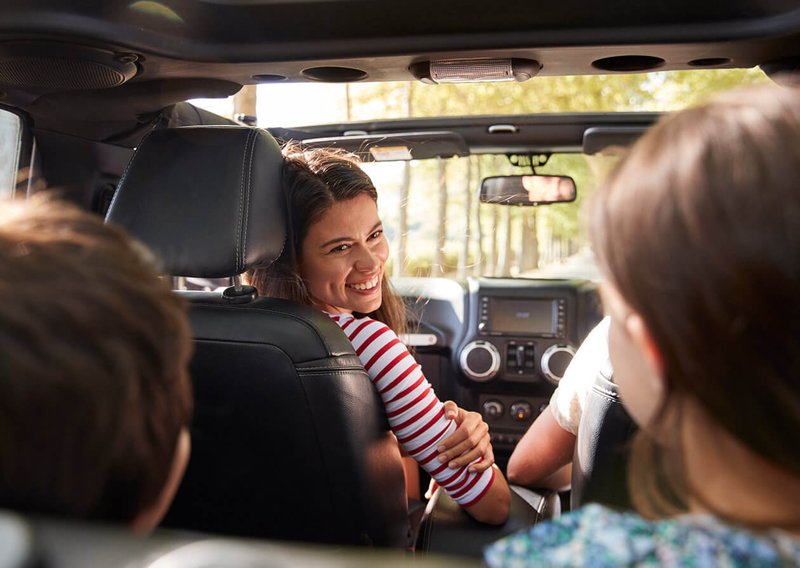 According to the NHTSA (National Highway Traffic Safety Administration), 94 percent of automobile collisions occur due to human error. Experts say most of these collisions may be avoided once cars have the technology to drive themselves. While we’re not ready for roads full of driverless cars just yet, automakers are building autonomous features into their vehicles as the technology becomes available.

If you’re shopping for a new car today, you’re probably familiar with autonomous safety features like AEB (automatic emergency braking), lane keeping assist and blind spot protection. These features are often offered on luxury models or included in upgrade packages. Unlike other costly add-ons, autonomous tech is about more than comfort and convenience. It’s about improving safety and potentially saving lives.

What are autonomous safety features?

Cars are getting safer. That’s in large part due to autonomous technology that enables them to “see” potential collisions. Advanced systems can then either warn the driver or take over the vehicle to avoid these incidents.

You might wonder whether these features actually make vehicles safer. The answer is yes. An IIHS study showed equipping cars with forward crash warning and AEB reduced rear-end crashes by 39 percent, and in a recent Consumer Reports survey, 60 percent of drivers said their blind-spot warning system helped them avoid a crash.

Just as seatbelts and airbags revolutionized vehicle safety, these advanced features introduced new standards and ushered in several new eras of safety as defined by the NHTSA over the past two decades. 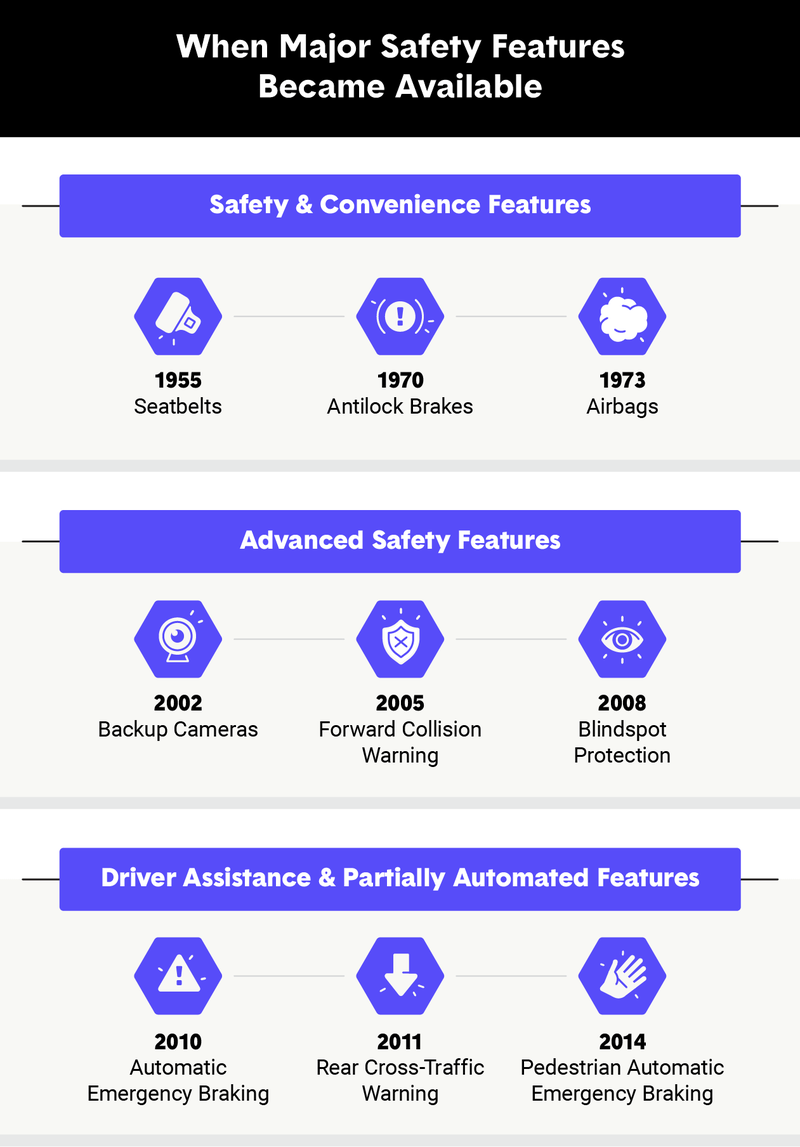 When will life-saving autonomous features become available to the average car buyer?

As with the introduction of seatbelts, airbags and antilock brakes, it will likely take time before autonomous features become standard on new vehicles. It may be longer still before the average driver has access to this life-saving tech.

Today, many drivers are unable to afford the monthly payments, insurance premiums, and sales tax on brand new vehicles. A 2017 Bankrate study showed in all but one of the 25 largest US metro areas, drivers with median household incomes could not afford the average cost of a new vehicle. And the most recent data from the Federal Reserve Bank of New York shows the rate of auto loan delinquencies is higher today than during the great recession when overall delinquencies hit their highest point.

Given the economics, it makes sense for Americans to keep their cars longer and prefer used vehicles. The average vehicle on the road today is 11.7 years old, with lower-income households typically driving older-model cars. Though life-saving autonomous driving technology exists, it may be a long time — in some cases, decades — before the technology trickles down to the average driver. 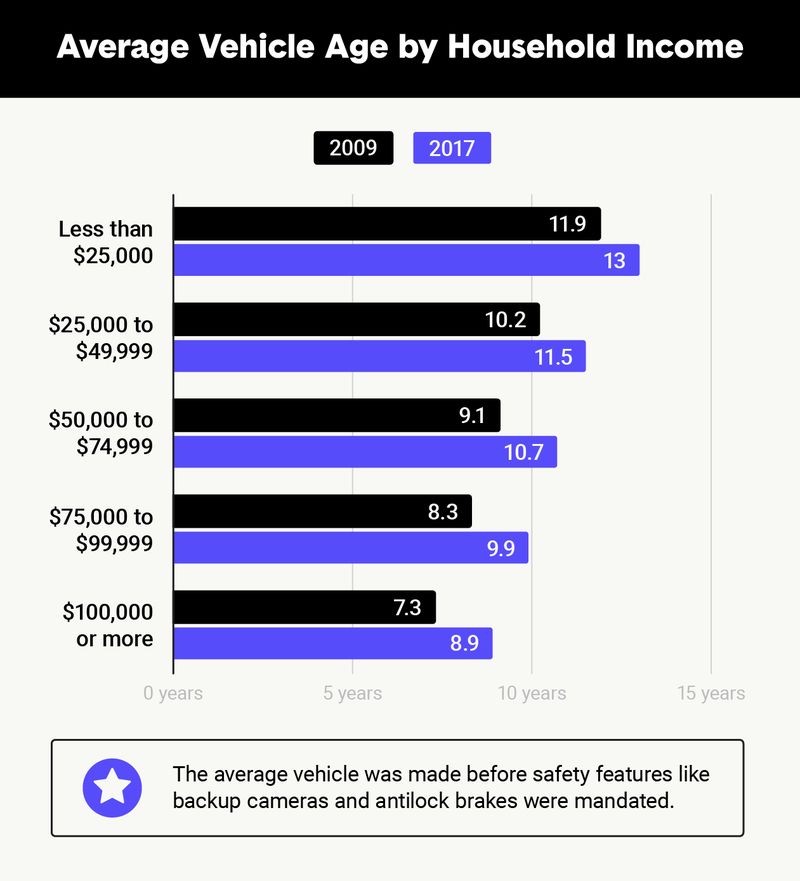 While driver-assistive and autonomous safety features are becoming more readily available, there’s still a long way to go before they are included on all makes and models. At present, carmakers often require buyers to purchase specific vehicles, luxury trims, or upgrade packages to acquire these safety features.

One way to ensure all drivers have access to these features is to require them by law. Government regulations, which began in 1967 with the requirement of seat belts, have saved many lives over the past few decades.

It’s likely the NHTSA will eventually add autonomous tech to its safety standards, but there’s no way to know when. In the past, there has been a gap, sometimes decades-long, between the time a new technology becomes available and when it becomes a regulated requirement. Airbags, for example, were first installed in the late 1980s and only required by law in 1998. The backup camera was just recently added as a federal standard in 2018 after beginning to pop up on vehicles in the early 2000s. 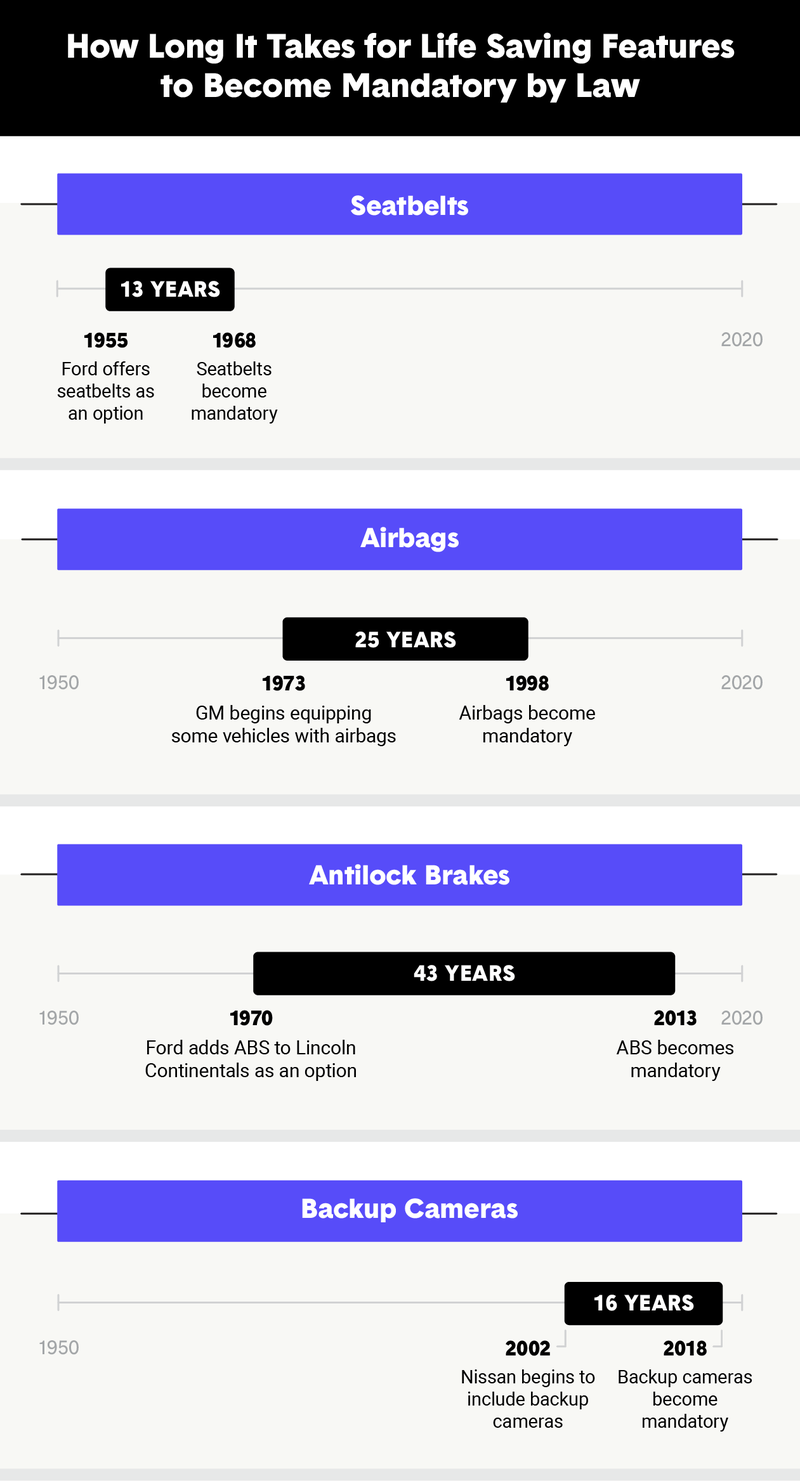 There are not currently any autonomous safety features that are required by law, though 20 automakers have agreed to equip all new passenger vehicles with AEB (Automatic Emergency Braking) by 2022. The IIHS estimates this commitment could prevent 28,000 crashes and 12,000 injuries by 2025.

Trends like this could lead to carmakers outpacing federal regulations to provide life-saving tech to car buyers, as manufacturers are motivated to test and refine their autonomous tech for the future of self-driving cars. Regardless, it may be decades before autonomous safety features trickle down to all cars on the road.

Owning a car with life-saving autonomous technology might not directly lower your car insurance rates but it could prevent a crash and keep you safe. Some affordable options for vehicles with advanced safety features include buying a used but modern car, equipping your vehicle with aftermarket technology, or searching for affordable new cars that come standard with autonomous tech elements.