Live Lean to Realize a Dream: Advice from Donna Freedman 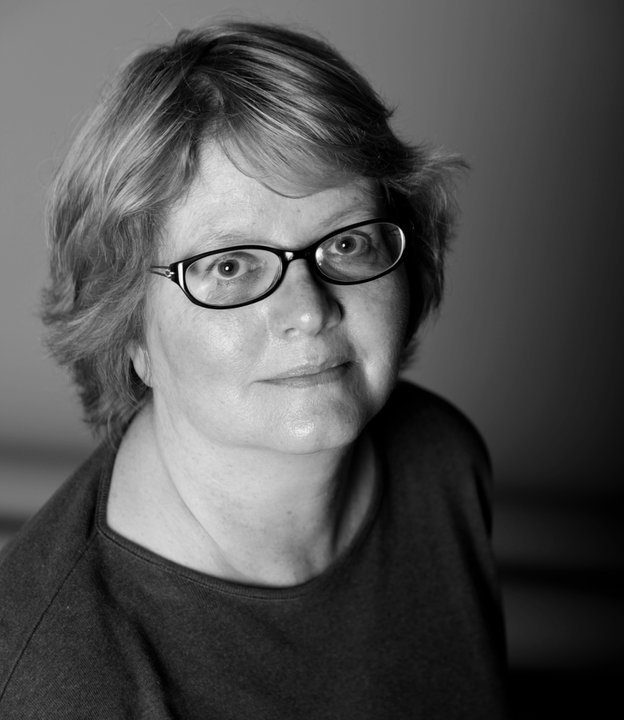 Donna Freedman has been a college dropout, a single mom, a newspaper reporter in Chicago and Alaska, and a late-in-life university student. She has also picked tomatoes, worked on a chicken farm, managed an apartment building, inspected and packed bottles in a glass factory, babysat, cleaned houses, mystery-shopped, participated in medical studies, set type, and sold doughnuts, movie tickets, fresh Jersey produce and, when things got bad, her own blood.

During a protracted midlife divorce she went back to school and helped support a disabled adult daughter by working a handful of part-time jobs. Her survival skills so impressed an MSN Money editor that he hired her to create the Smart Spending and Frugal Nation blogs and also her own column, Living With Less. Since then she has written for numerous other online publications, including Vox Media, Get Rich Slowly (staff writer), Daily Worth, Magnify Money, Experian, Money Talks News (staff writer), GO Banking Rates, the Experian blog, Women & Co. (CitiBank), CardRatings.com and Wise Bread.

Freedman has also written for numerous magazines and newspapers. Her work has won awards from the Society of Professional Journalists, the Women's Sports Foundation, the National College of Allergy, Asthma & Immunology, the Association for Women in Communications, the Society of American Travel Writers, the Plutus Foundation and the Alaska Press Club.

How did you initially get into personal finance (i.e., your MSN Money days)?

Entirely by accident! I was a newspaper journalist who at one point had worked with Liz Weston. She and I stayed in touch after she left the paper. Years later, I was coming off a contentious divorce and had gone back to college to earn the degree I couldn’t get as a younger woman. Liz said, “That sounds like a story,” and the editor agreed. He hired me to write a one-off article called “Surviving (And Thriving) On $12,000 A Year.”

The piece, however, got more attention than anything else MSN Money published that year – so he hired me to write another one. And another one. In late summer 2007, he hired to me write the Smart Spending blog. I wrote that blog, then a biweekly personal finance column and finally a new blog (Frugal Nation) before MSN Money fired all its writers – even Liz! – in September 2013.

I’d been writing for other sites as well during this time, so I just segued into being a freelance personal finance writer.

Incidentally, anyone who’s interested can find the unexpurgated version of that first MSN Money piece at http://donnafreedman.com/surviving-and-thriving-on-12k-a-year-the-reboot/.

You write so honestly about your life and finances. Has it ever been difficult to maintain that level of transparency?

I was hired to write about money hacks and frugality from the point of view of someone who’d learned in the trenches. In the first couple of years at MSN Money I was also back in school, paying for a protracted divorce and helping support a disabled adult daughter. For me, walking the talk wasn’t just work-related; it was a question of survival. But it also gave me plenty to write about during those years!

Once I’d paid off my divorce-related debt, I kept living frugally because I needed to play catch-up with retirement savings. Even now, a dozen years after my first MSN Money article, I’m still doing things like soaking beans, getting bread and tortillas at the bakery outlet, and buying my clothes at thrift stores. That’s due both to my frugal mantra (more on that later) and also to the fact that it’s a pretty comfortable and satisfying way to live. Bonus: While I’m not 100% green, I do like reducing my impact on the Earth and frugality, done right, is a sustainable way to live in the world.

These days people would call frugality my “brand.” At the time, it just felt like the old adage: Write what you know.

In your MSN Money days, what was one thing that you learned about financial management that you’ve always carried with you?

That it isn’t enough simply to spend less; you also need to make your money grow. I was raised to work hard, pay my bills and put whatever was left over into the bank. Bank, not investments.

As a 21-year-old single mother in a big city with a “permanent part-time” job, it was all I could do to keep the lights on and an emergency fund in place. Growing my money wasn’t going to happen. A couple of years later I married a serious spender; my mad frugal skills kept us out of debt, but we just weren’t saving enough. As uninformed as I was at the time, I still knew we weren’t putting enough money away. (Fortunately our mutual employer did set up a 401(k) and later a pension.)

I went broke during the protracted divorce. However, it was that situation that got me the job at MSN Money. Funny how life works out sometimes.

Do you have any advice for someone who is attempting to go back to school?

I have several thoughts on this.

First, think long and hard about why you’re doing it.Are you in a field where extra courses or an additional degree is necessary, or will earn you enough money to make up for the expense? Or do you just have the idea that school will automatically make your life better?

Do some research to find if there’s work available, especially if you’re changing fields. For example, a relative of mine had studied physical therapy and had a decent job, but decided to go into forensic science. After two years of study she couldn’t find a job and had to go back to the previous field – except that now she had student loans. Someone else I know took out loans to become an English-as-second-language teacher, dreaming of working overseas and having adventures. None of that materialized.

Look for any and all alternatives to borrowing. I got my bachelor’s degree with work-study, grants and scholarships and graduated with zero debt. At that time I was also managing an apartment building, writing three times a week for MSN Money and picking up odd jobs here and there. It was a lot of work, and I’m not saying that everyone can graduate debt-free. What I am saying is that there’s money out there if you’re willing to fill out a lot of applications and to risk rejection. The corollary is to make sure your education is affordable no matter how you fund it. Specifically, if Very Good State School can give you a quality education, go there instead of to Snob Appeal University That Will Charge Out-Of-State Rates.

How has your life changed since starting Surviving and Thriving? Do you live your life differently because of it?

When I started my personal blog I called it my “playground for words” – specifically, all the stuff that couldn’t find a home on MSN or any other place I wrote for at the time. Obviously I do use it to promote my work on other sites, and also to promote my online course (WriteABlog PeopleWillRead.com) and my two frugality books (“Your Playbook For Tough Times: Living Large On Small Change, For The Short Term Or The Long Haul” and “Your Playbook for Tough Times, Vol. 2: Needs AndWants Edition”).

Mostly, it was a place to write about whatever got my attention: midlife, current events, travel adventures, family issues and, yes, frugality. As noted above, I still live pretty much the same way as I did back in the MSN Money days, and the readers respond to such articles wholeheartedly. In general they’re a thrifty bunch, but are also deeply interested in my travels (especially since I moved back to Alaska in 2012) and other aspects of my personal life.

Especially the mushy stuff: I found true love in midlife, and the Valentine’s Day 2013 post “Midlife Love Rocks! (Ask Me How I Know),” which introduced my partner DF, keeps getting hits. Happily, he’s just as frugal as I am and we find it entirely engrossing to make smart money choices together.

For example, we don’t buy each other Christmas or birthday presents unless there is a stirring tale of thrift attached. We eat almost every meal at home (he’s an adventurous and inventive cook), grow a garden and preserve food, do minor and major home repairs and projects (such as building a greenhouse mostly from scrap lumber and old windows), shop at thrift stores, clean our own house and entertain ourselves without breaking the bank. Any blog post that includes DF gets a lot of feedback from readers.

What do you see coming for yourself and the blog in the upcoming years?

I expect I’ll keep writing because I don’t know how not to write. Since I believe another recession stands tiptoe in the wings right now, people will be looking for ways not just to survive, but to thrive.

Got a quote about money-saving habits? I’d love to hear it!

My money mantra is “I save where I can so I can spend where I want.” That’s one of the best reasons to be frugal, I think: By doing away with spending that doesn’t make much of a difference in your life, you can focus your bucks on things that domatter.

I wrote those frugality books for three groups of people. The first two are those who are already in hard times (including living paycheck to paycheck) and those who see hard times on the horizon (such as industry-wide layoffs or a recent diagnosis of serious illness). The third group are those I call people who want to “live lean to realize a dream.” That could be consumer debt payoff, early retirement, entrepreneurship, at-home parenthood or travel. Your dreams may vary! That’s what makes them yours. But they probably won’t happen unless you make smart money choices. That’s what I hope to do, both with my books and my blog: Give people the tools they need to build the lives they want.