How Do Self-Driving Cars Work? 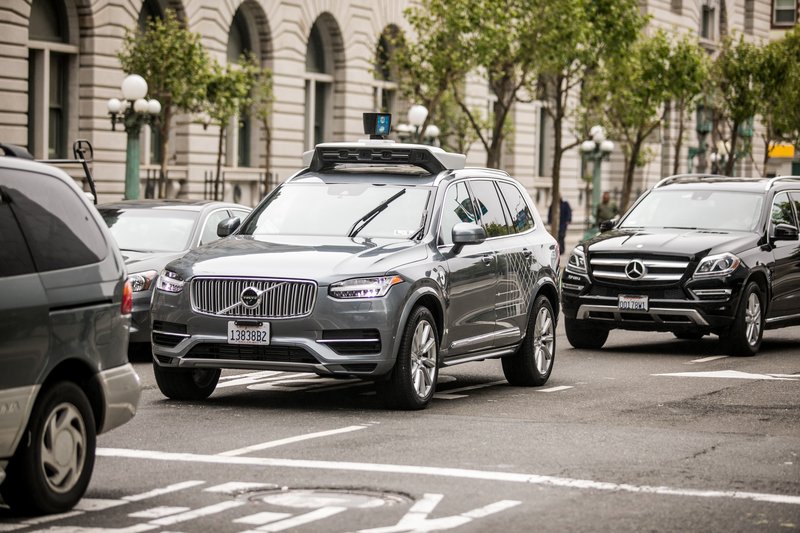 Driverless cars seem straight out of the future, but thanks to developments in autonomous vehicle technology, that future could be right around the corner. Similar to the incremental adoption of electric cars — with hybrid models hitting the road first—car manufacturers have been introducing driverless features to conventional vehicles for some time now. Already on the road today we have partially autonomous vehicles, cars and trucks with cruise control, braking assistance and self-parking technology. And industry specialists predict that fully autonomous vehicles could be on the market in a matter of a few years.

What is a self-driving car?

A self-driving car is a vehicle that does not require a human driver to steer or pedal in order to operate. Though the technology exists, there are not currently any fully autonomous self-driving cars on the road today. Tesla has come closest with its cars that can drive themselves in some situations but still require drivers to pay attention to the road.

The Society of Automotive Engineers (SAE) has defined the five levels of autonomy to classify self-operating vehicles. Most of the cars on the road today are level two vehicles, but level five prototypes are being tested, and industry experts predict level four autonomous vehicles could be on the road in the next decade.

Levels of vehicular autonomy (defined by the SAE):

The vehicle can assist the driver with simple jobs, like accelerating, braking and steering. Most vehicles on the road today fall into this category.

The vehicle can drive itself in certain situations, mainly on highways, but the driver must remain attentive and be ready to take over at any moment.

The vehicle can self-drive, and does not require a human operator, in certain scenarios.

The vehicle is fully autonomous in all conditions and scenarios.

How do self-driving cars see?

In order to operate safely, self-driving cars must be able to perceive surrounding objects, other vehicles, pedestrians, contours in the road and everything else that human drivers would take into account when deciding how to steer, accelerate and brake. But how do machines replicate human vision? They mainly use a combination of three sensor and image technologies: radar, lidar, and cameras. 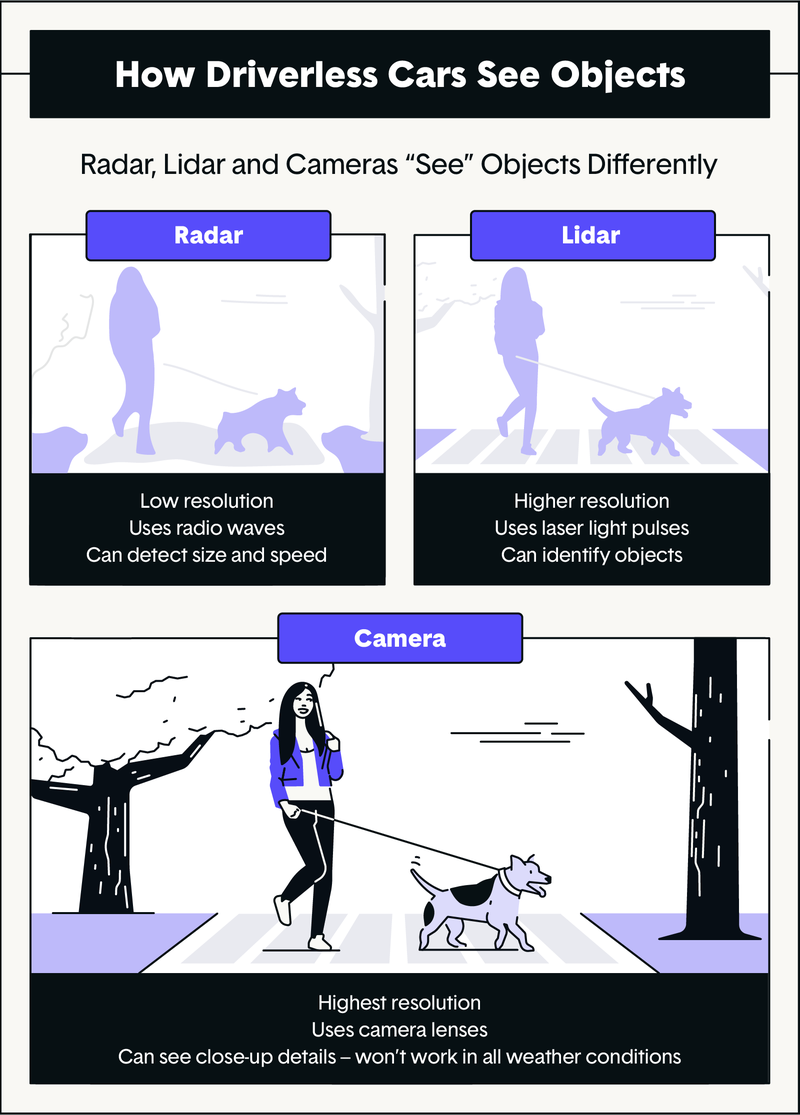 Radio Detection and Ranging (RADAR) has been used in cars for many years and is the technology that most commonly informs adaptive cruise control and automatic emergency braking. It works by sending out radio waves that bounce off distant surfaces.

Radar can see objects hundreds of yards in the distance and can detect their size and speeds.

Light Imaging Detection and Ranging (LIDAR) uses laser light pulses to scan the environment, as opposed to radar’s radio waves. Lidar works by firing millions of laser signals per second, which are then reflected off object surfaces and returned to a receiver, which creates a 3D model of the car’s surroundings. 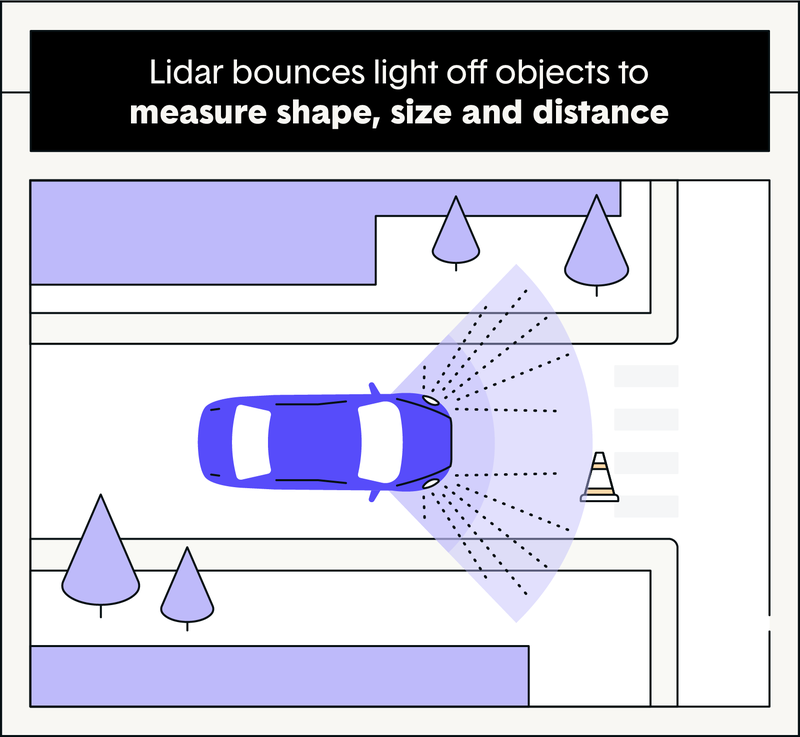 Lidar can see in higher resolution than radar. It’s capable of knowing whether a pedestrian is facing forwards or backward or whether a two-wheeled vehicle is a bike or a motorcycle, allowing the car’s computer to better predict how any given object will behave.

At present, lidar is the most expensive sensor option for carmakers and, because sensors are often spinning, require more moving parts. This means there are more opportunities for something to go wrong. Lidar is also limited by weather conditions. It won’t work in fog or dust, which requires vehicles with lidar technology to have a secondary sensor.

Self-driving cars use camera technology to see in high resolution. Cameras are used to read road signs and markings. A variety of lenses are placed around self-driving vehicles, providing wide-angle views of close-up surroundings and longer, narrower views of what’s ahead.

Cameras are the best way to get an accurate view of a vehicle's surroundings. They offer the highest resolution images.

Cameras don’t work well in all weather situations, and unlike radar and lidar, which provide numeral data, camera technology requires that the computer take measurements from an image in order to understand how far away an object is.

How do self-driving cars work?

A driverless vehicle must build a map of its environment and place itself inside the map to understand its relative surroundings. Most commonly, lidar and camera technology are used to scan the surroundings, then the car’s computer aggregates the sensor, GPS and IMU inputs to build the map.

Path planning is about finding the safest and quickest routes to a destination. A driverless car will have to consider not only navigation, but also static and mobile obstacles, and maneuvers such as changing lanes and passing other vehicles. Path planning begins with a long-range plan, something akin to the directions we currently receive when entering an address into a map application. Then, short-range plans are generated and continuously refined as the car travels.

Part of map building and path planning includes avoiding static and moving obstacles, such as pedestrians. As driverless cars continuously draw maps of their surroundings, they include all visible and predicted obstacles and use machine learning to determine the identity of certain objects. From here, the computer can know their predicted behavior. For instance, a self-driving car’s computer can distinguish a motorcycle from a bicycle and decide accordingly how to avoid either.

Because obstacles can be hidden and therefore not scannable by a car’s sensors, self-driving cars will ideally be in constant communication with one another via a wireless connection. When one car encounters an obstacle, it will be able to instantaneously alert other cars, so they can adjust paths. 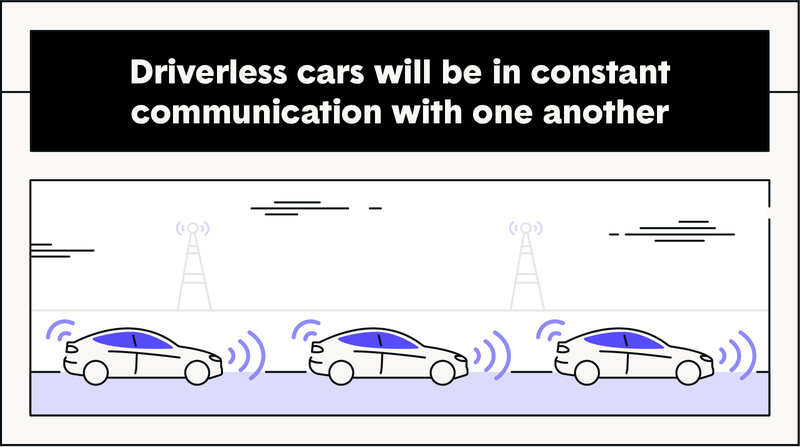 Improved safety — The majority of automobile accidents are caused by human error. If self-driving cars are well built, with backup systems in place, incidents could be drastically reduced and lives could be saved.

Decreased carbon emissions — It’s likely that many self-driving cars will run on electric energy. As long as the batteries are charged with clean energy, carbon emissions could be drastically reduced. Self-driving cars will also be able to communicate with one another, so cars on the road can drive synchronously, braking at the same time and eliminating the frequent braking and accelerating that burns so much energy.

More independence for people with disabilities and seniors — Driverless cars would give people who are unable to drive the ability to travel independently.

Less road congestion — Self-driving cars can be programmed to allow three to four car lengths in front of them, providing room for other cars to change lanes and traffic to flow more smoothly on highways.

Increased productivity — Individuals with long commutes won’t have to give up hours of their days to focus on the road. Self driving cars would allow all passengers to use their commute time for work or pleasure.

Self-parking — Driverless cars could help ease the inconvenience of parking, with the ability to drop passengers off at the entrance and park themselves.

Fewer speeding tickets — Self-driving cars can be programmed to go the exact speed allowed, eliminating the need for traffic law enforcement and the possibility of receiving a speeding ticket.

Self-driving technology has the ability to change our transportation system and, by extension, our economy and daily lives. It’s hard to know how the public will receive driverless cars, or how infrastructure and existing institutions such as traffic laws and car insurance will adapt to these technological advances. But one thing’s for sure — future generations will get around much differently than we have for the past century.

Kristine is a licensed insurance agent and one of The Zebra’s in-house content strategists. With a background in copywriting, she covers the ins and outs of the home and car insurance industries. She has been a contributor to numerous publications focused on the nuances of insurance, including BestCompany.com.