Tech Companies and the Changing Landscape of the Top 5 Cities 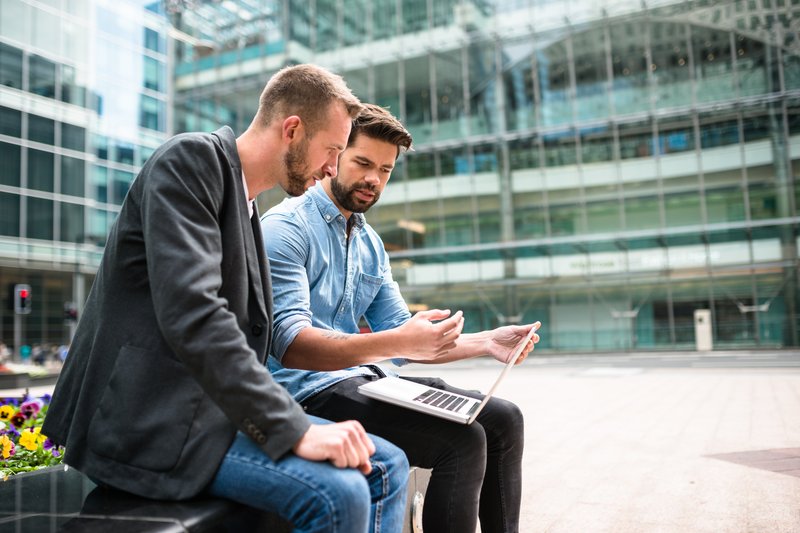 Young graduates entering the workforce are considering a variety of factors before making a move to a new city. In years past, entry-level workers enjoyed relatively few options when choosing where to move to find in-demand jobs. That is no longer the case. Millennials are increasingly moving to cities with population density, public transportation, and active nightlife and dining scenes. This shift is aligning with a shift in tech companies' recruiting tactics to shift large numbers of high-earning professionals to a few major US cities.

Corporations planning expansions look to cities offering amenities that appeal to members of the millennial workforce. These tech booms, occurring in major- and mid-size cities, bring a variety of jobs, boost the metro areas' economies, and grow their populations. But the arrival of tech companies may also herald higher real estate prices, which can have a major effect on who is able to live and work in these cities.

We looked at the five cities poised to become the next Silicon Valley and how recent trends have affected these cities' job markets, housing prices, and overall lifestyles. We surveyed 1,000 consumers across the nation to get their opinions on whether a tech company's arrival is a good or bad thing.

How do tech companies influence cities?

As companies like Apple, Amazon, and Google branch out from the Bay Area, they alter the landscape of cities across the nation. The increase in high-paying jobs and population density directly influences real estate prices and the overall cost of living. Below are breakdowns of how the tech boom has impacted home prices and growth in some of America's fastest-emerging tech hubs.

Austin’s population growth has outpaced that of every other major US city since 2010. From 2011 to 2016, the city’s economy grew at an astonishing rate of 6 percent. This boom in economic standing and Austin’s sunny climate, nightlife, and dining options have drawn a huge number of college graduates, who make up a majority of new Austinites.

Tech companies such as Facebook, Google, Apple, and Indeed — along with a healthy number of locally-bred startups — have taken notice of Austin’s potential and either moved or expanded their offices within city limits. This boom has caused Austin’s once-affordable housing costs to skyrocket by 21 percent since 2016. Austin’s average cost of living also saw a huge uptick — by around $20,000 — from 2017 to 2018. While the number of jobs continues to grow in Austin, the city is struggling to keep up with the large increase in population each year. This has pushed housing developments into the area surrounding Austin, causing a suburban incursion into the once-pristine ranchlands of Texas Hill Country.

While some companies look east when considering a relocation or expansion, not all are looking to move that far. The west coast provides viable options aside from San Francisco, and Seattle is becoming more appealing to tech startups and those looking to expand to a new field of viable workers. On average, 246 people move to Seattle every day, giving companies a deep pool of recent graduates ready to take on a variety of jobs in the tech industry.

Tech-related employment is booming in Seattle, but this is not without growing pains. The region's housing and cost of living rates are rising with the economy, which is growing at an annual rate of 2.3 percent. While housing costs have increased by 33% since 2016, the market hit its peak back in mid-2018 at an average of $750,000. Since then, the market has been in a gradual decline — it's estimated to plateau around $724,000 in late 2019. While costs are minor compared to the sky-high rent in Silicon Valley, the increases that have taken place over the last few years have altered life in a major way in Seattle.

As part of its ongoing recovery from the recession of the late 2000s, Boston has seen tech companies flock to the heart of the city. Millennials, in particular, are moving to urban areas across the nation as they value city life and walkability above companies located in a particular area. As the younger generation comes to town, they create a ripple effect across the city as big companies look to expand or relocate to the cities that top talent want to live in. GE, for example, moved to Boston in 2016, lured by the recent young population increase and a hefty tax break from the city.

In tandem with this job growth, Boston's per capita income grew by 7.6 percent over the past three years, with 2.9 percent of that increase occurring in the last year alone. The housing market in Boston has followed this trend, with prices increasing by 24 percent in the past four years. The average cost of a home in Boston in 2016 was $492,500. By 2019, the average cost of a home in Boston was $611,750. The cost of living has risen as well, currently sitting at 81.6 percent higher than the United States average. With GE's and LogMeIn’s recent moves to Boston, the area could see continued cost-of-living inflation.

Portland was one of the first up and coming tech cities in the US (in fact, Portland was known as the “Silicon Forest” for many years), and has reached the other side of its tech peak, seeing a small decline in population and average income in recent years. Portland's population growth rate spiked at 1.93% in 2015 before dropping by nearly a full percentage point in 2017.

However, Portland still ranks prominently on lists of the fastest growing cities in the nation. Its residents have dealt with the pain points of a rapidly growing city for many years, so after years of steady inclination, plateauing housing and cost of living rates are welcome changes. Portland’s housing market has moved slowly in comparison to most other tech hubs, allowing for smaller companies and startups to set up shop within city limits. It’s no surprise Portland’s startup scene is still alive and well. This offers Portland an element of longevity within the tech empire even as major companies bypass Oregon for other locations.

Denver is drawing in young graduates by the thousands. The Colorado city was rated the second best place to live in the US in 2018, holds one of the nation's lowest unemployment rates, and is touted as one of the healthiest cities in the nation. And with a lower cost of living than the Bay Area, Denver offers a financial break for employees and businesses alike.

Much like Portland, Denver's population growth rates recently leveled off for the first time in recent memory. Even so, Denver’s population is set to hit 700,000 by the year 2020. Housing costs are estimated to decline for the first time since late 2011 later this year, followed by increases of much slower rates than ever before throughout the rest of 2019. And as the city begins to plateau in many important categories, it’s likely that new startups and expanding companies will take advantage of a city with increasing workers and declining costs while it lasts.

Do citizens want tech companies to move to their cities?

We surveyed 1,000 Americans to get an inside look at consumers' opinions of tech companies, and whether they would want a new company moving into their city. Sixty percent of those surveyed would welcome a new tech company to their city, mainly because of new jobs it would bring to the area. Forty percent do not want a new tech company to move in, mostly because of the cost of living increases that sometimes occur in growing cities.

While we know that a majority of city-dwellers would be open to new companies, it’s important to take a look at why. Thirty-five percent look forward to the additional jobs these companies would bring, while 21 percent are more interested in how the companies revenue can help boost the cities overall economy. When it comes to the housing market, however, the data shows us something a little different.

Only 4 percent of those surveyed said they would want a tech company to move to their city because it would raise real estate prices, most likely because they already own a home and would like to sell it at profit. Seven percent do not want their city to turn into a tech hub for that very same reason, because those currently renting and looking to invest in a home don’t want to deal with higher housing costs and property taxes. As we’ve seen above, the tech hubs do experience increased housing costs for the first few years of new development. However, the housing market generally plateaus after a few years — as in Portland — meaning renters who can afford to hold out could eventually snag the home of their dreams.

Using this consumer data and historical costs analysis of five of the biggest up and coming cities, we broke down what it means to live in a booming tech metropolis.

If you want to buy or sell a home in your current town, it’s worth considering the companies that plan to call your city home within the next few years. If you begin to see a trend of major tech firms expanding or moving into your city, you could see an uptick in the housing market and the cost of living within the next few years. This could result in a huge profit if you sell your home at the right time, or a hefty penalty if you are looking to settle down during the market's upswing.

No matter which route you are considering, knowing your options and acquiring proper home insurance is the best way to get started.