Car Insurance Prices Highest In History, Up For Two Thirds of Drivers

AUSTIN, Texas - January 14, 2019 -The Zebra, the nation's leading insurance comparison site, today released its 2020 State of Auto Insurance Report, which reveals that car insurance rates have risen for two-thirds of American drivers (63%) over the past year. Rates across the U.S. are higher than they've ever been -- up nearly 30% since 2011 with an average annual cost of $1,548.

"With auto insurance getting more expensive, it's important for drivers know what goes into their rates. Yet, for most people, it's a mystery why some drivers pay $500 per year while others pay $5,000," says Nicole Beck, Director of Communications and licensed insurance agent at The Zebra. "The 'why' is a mix of factors: weather in your area, your credit score, how you drive, and more. But the bottom line is that drivers actually have more control over what they pay than they may think."

Auto Insurance is More Expensive Than Ever

Annual car insurance premiums are up for 63% of drivers in the U.S., with some markets now exceeding $6,200 - four times the national average.

Insurance Costs Spike for Some, Stagnant for Others

Factors like geography, susceptibility to weather events and the impact of state insurance regulators are having dramatic impacts on pricing.

Insurance is at a Technology Tipping Point

The Zebra's research finds that technology is playing a bigger role in auto insurance pricing -- and the trend will continue into the next decade.

Additionally, B-Roll assets may be downloaded here and used with credit to The Zebra or TheZebra.com. 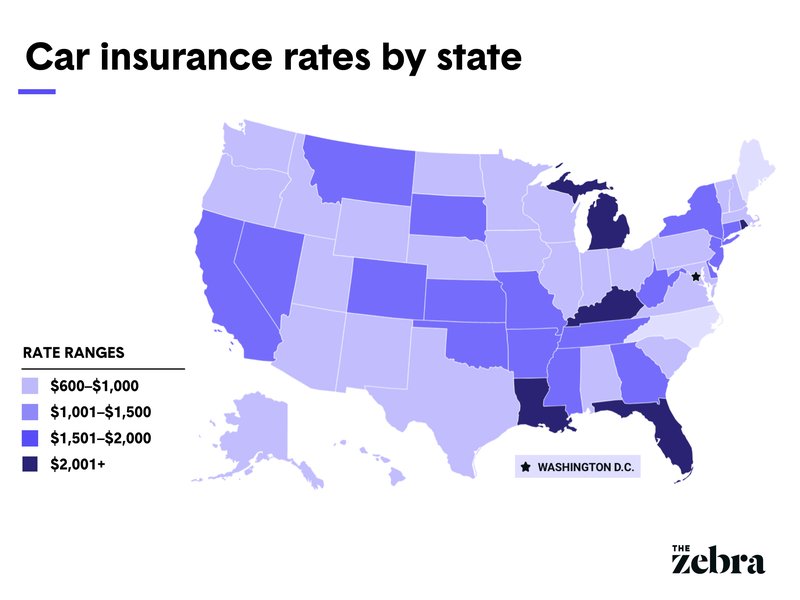 The Zebra is the nation's leading, independent insurance comparison site. With its dynamic, real-time quote comparison tool, drivers can identify insurance companies with the coverage, service level, and pricing to suit their unique needs. The Zebra compares more than 100 car insurance companies and provides agent support and educational resources to ensure drivers are equipped to make the most informed decisions about their car insurance. Headquartered in Austin, Texas, The Zebra has sought to bring transparency and simplicity to insurance shopping since 2012 -- it's "insurance in black and white."