Why is drowsy driving dangerous?

From 2013 to 2017, more than 4,000 people died due to drowsy driving. Drowsy driving is so dangerous because it mirrors so many sypmtoms of drunk driving: blurred vision, slowed reaction time, and poor decision making. From 2006-2016, the NHTSA reported more than 10,000 deaths from drunk driving collisions and impaired drivers. While it is more common in drivers who travel long distances, drowsiness or sleepiness can happen to anyone. Even the most experienced drivers can be susceptible and miss the warning signs that it's no longer safe to be behind the wheel of a motor vehicle. If your vision begins to blur, you nod off, or lose control of the car, you should pull over immediately and sleep.

The Zebra, the nation's leading insurance comparison site, collected proprietary data, as well as synthesized research from data sources such as the American Automobile Association, the National Highway Traffic Safety Association, and the National Sleep Foundation to present the most up-to-date and relevant facts and statistics on drowsy driving.

A 2020 national survey of 2,000 respondents revealed that most Americans have some hesitation about driving alone at night. Despite significant statistics highlighting the prevalent danger of drowsy driving, only 7.10% listed falling asleep at the wheel as one of their concerns about nighttime driving. Further analysis of The Zebra's survey indicated:

This survey was conducted as a follow up to a 2017 Ford Motors survey in the U.K that found 81% admit to being scared on the roads at night, rising to 87% for women.

In 2019, The Zebra conducted a national survey to simulate prior study done by the American Automobile Association in 2010. With over 2,000 respondents, the survey aimed to provide more accurate estimates of the prevalence of drowsy driving on the roads and of the proportion of crashes each year that involve a drowsy driver. 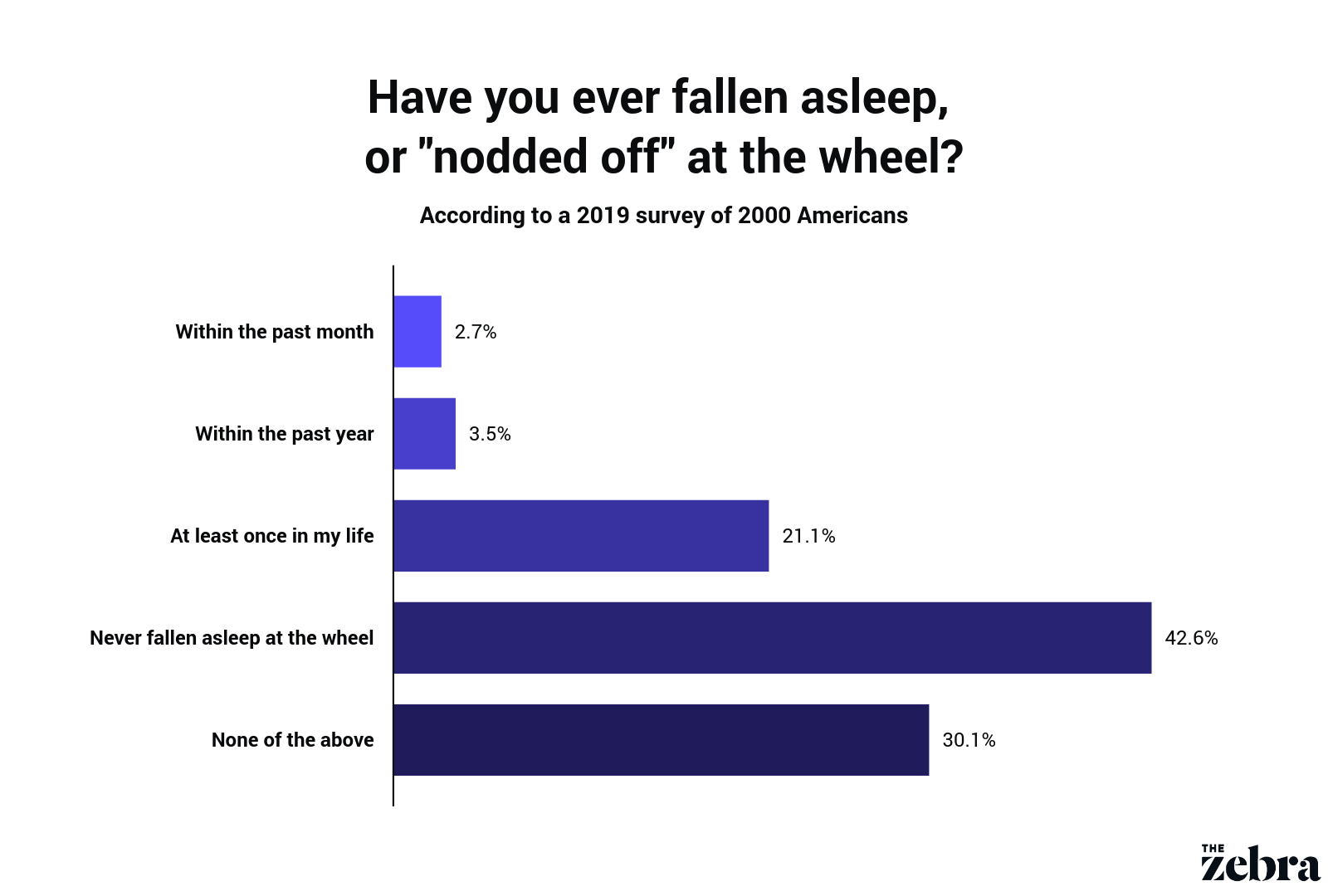 The data below is from a survey done by the Centers for Disease Control and Prevention of over 147,000 U.S. drivers in 2010. Please refer to CDC's website for additional information regarding the data below.

In 2010, an average of 4.2% drivers reported having fallen asleep while driving within the 30 days before the survey. Averages of individual states had a range of 3.7%, with Oregon reporting 2.5% and Texas reporting 6.1%. Here are how 20 states rank: 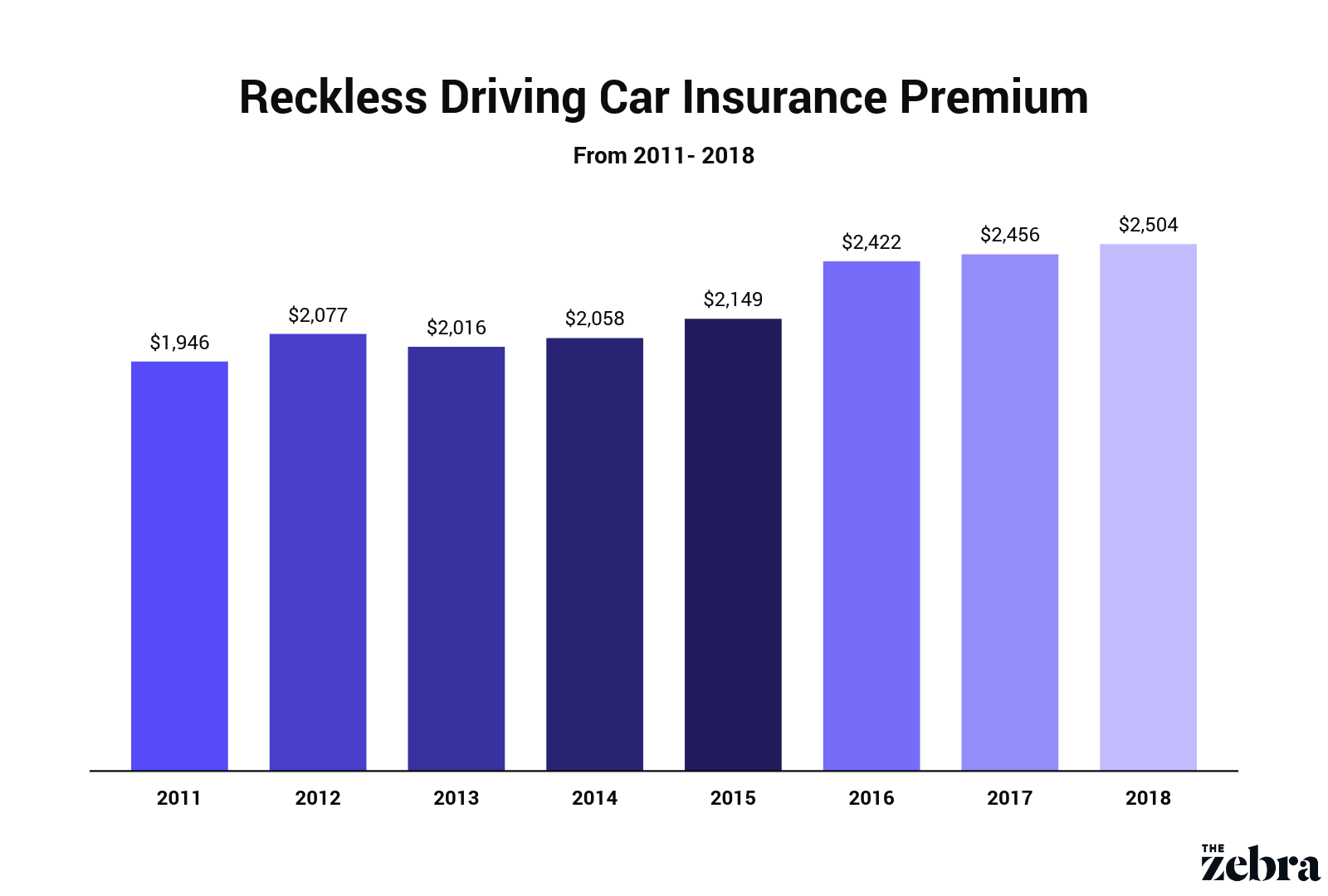 Q: How do I stop feeling sleepy while driving?

A: It is good practice to only drive at times you are usually awake. If you have to drive at off-times, eat a low-sugar diet before driving and use a 100-calorie snack to wake you up on the drive. If these strategies are not effective, a 20-minute nap will make you feel refreshed.

Q: What are the signs of drowsy driving?

A: From the John Hopkins website, some early signs of fatigue include: drifting into other lanes, memory loss around how many miles you've driven, difficulty around keeping your eyes open, difficulty keeping your head up, and lack of awareness around traffic signs.

A: In short, drowsiness and fatigue can happen to any driver who has not had enough sleep recently. This can be due to overwork, sleep disorders, medications, or excessive alcohol use.

Q: Is drowsy driving as dangerous as drunk driving?

This study was conducted for The Zebra using Google Consumer Surveys. The sample consisted of no less than 1,000 completed responses per question. Post-stratification weighting has been applied to ensure an accurate and reliable representation of the total population. This survey was conducted in 2019.