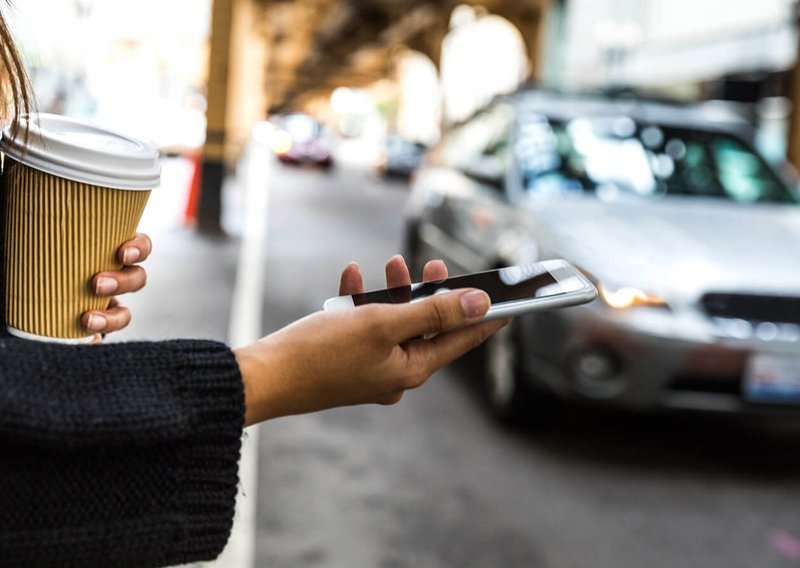 Rideshare services like Uber and Lyft have made life more convenient for many people, but that hasn’t come without controversy. Safety concerns for riders and stricter background checks for drivers have always been top of mind issues.

Similarly, the emergence of driverless cars has also caused a stir about public safety on the road. With Uber and Lyft preparing to add autonomous vehicles to their fleets, we wanted to see if Americans were ready to replace rideshare drivers with driverless cars.

We polled 2,000 Americans to find out if people had more trust in self-driving cars or riding alone in a driver-operated rideshare vehicle.

It turns out that while we may have doubts about self-driving cars, some Americans are ready to hail a ride from a driverless vehicle. Surprisingly, getting in a rideshare vehicle alone is more terrifying than riding in a self-driving car for some. When you aren’t behind the wheel, which method of transportation would you trust more?

For some people, ridesharing alone can feel more precarious than riding in a self-driving car. Whether customers are concerned for their physical safety or being price gouged, we found 53 percent of Americans trusted self-driving cars more than riding solo in an Uber or Lyft. 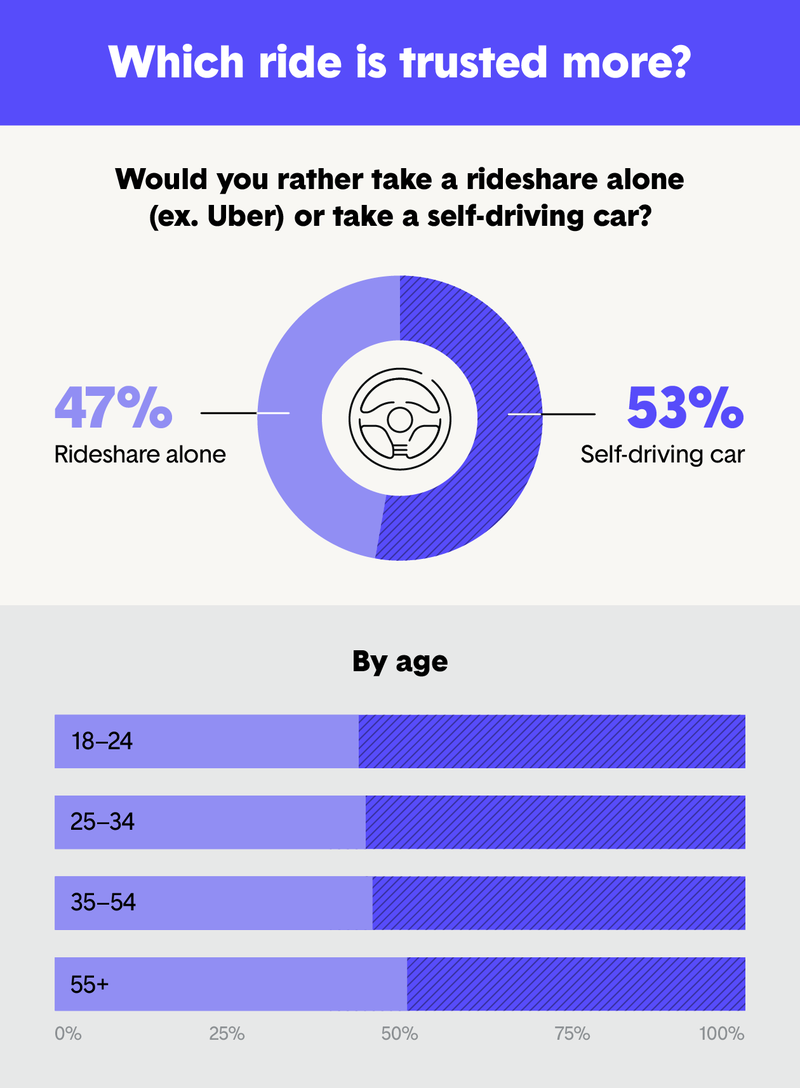 While the split is fairly even across all age groups, Baby Boomers were the only group to trust solo ridesharing more than they would a ride in a self-driving car (51 percent compared to 49 percent). Recent news of sexual assaults and kidnappings by rideshare drivers (and imposters) have added to fears about the dangers of solo rideshare. But despite women being subjected to higher rates of sexual violence, the poll found women were only slightly more likely than men to choose a self-driving car over ridesharing alone (53 percent of women compared to 52 percent of men).

Younger Americans are most open to driverless rideshares

While most Americans still fear self-driving cars, our poll found nearly 40 percent of younger Americans (aged 18 to 34) were willing to hail a driver-free rideshare in search of a safe ride home. Trust in self-driving rideshares is lower among older respondents: members of Gen Z were two times more likely than Baby Boomers to accept a ride in one. 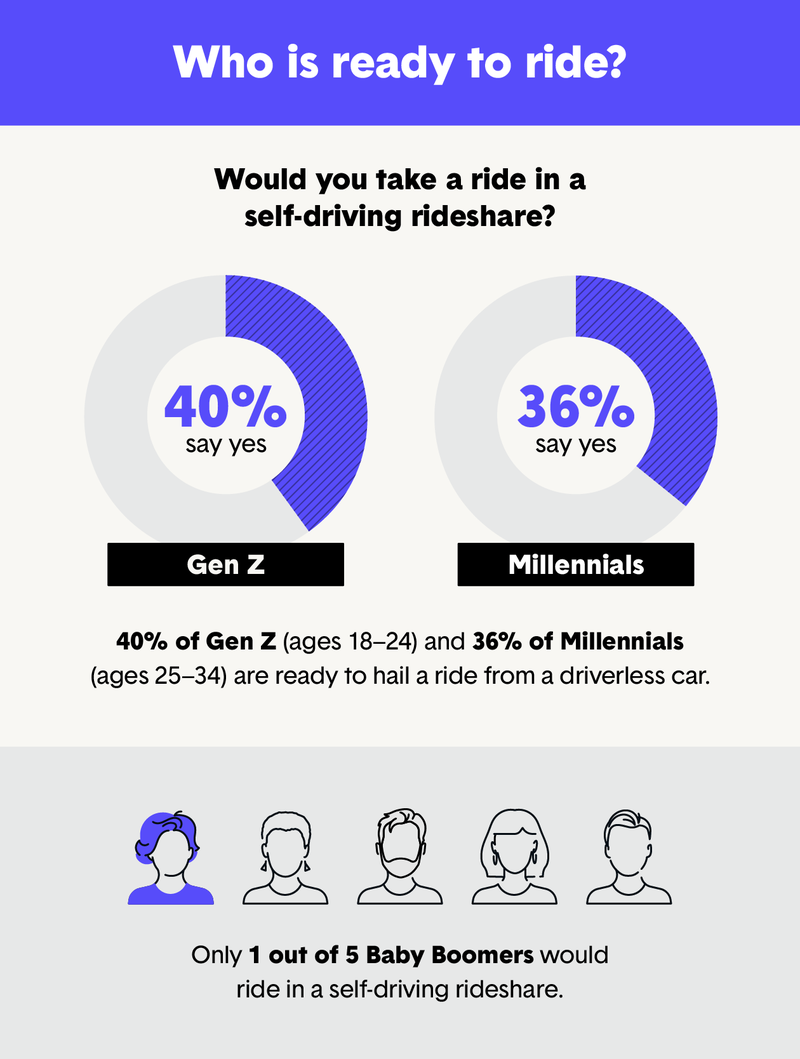 Public concerns about driverless vehicles remain high in the wake of a pedestrian fatality caused by a self-driving Uber and reports of accidents involving Tesla's autopilot feature. J.D. Power reported the Mobility Confidence Index for self-driving vehicles is 36 out of 100, with respondents citing fear of riding in and sharing the road with self-driving cars.

Investments in autonomous tech from ride-hailing companies may be outpacing public trust. Only time will tell how quickly adoption takes place.

When will Americans trust self-driving rideshares?

At this point, it’s difficult to predict when Americans will feel comfortable taking rides in driverless cars. While many cars on the road today are already equipped with autonomous safety features like blind-spot detection and lane-keeping assist, understanding how driverless cars work will play a large role in the adoption of the technology.

Surroundings, speed, and distance also factor into how comfortable people are hailing a ride from a driverless car. For the times you are behind the wheel, make sure you and your vehicle are protected by a comprehensive car insurance policy.

The Zebra is the nation's leading independent insurance comparison site. The Zebra compares more than 100 insurance companies and provides agent support and educational resources to ensure drivers are equipped to make the most informed decisions about their home and auto insurance.